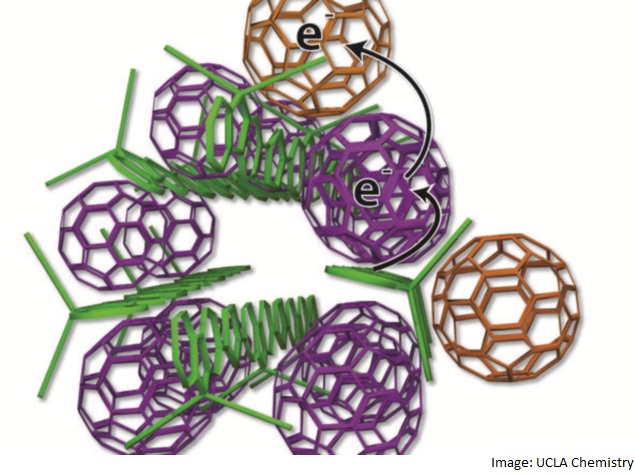 A new design can make low cost solar panels more efficient by enhancing their ability to collect the sun's energy and release it as electricity, shows research.

Scientists have assembled the components of the panels in such a way that they resemble the natural systems the plants use to tap the sun's energy.

"In photosynthesis, plants that are exposed to sunlight use carefully organised nanoscale structures within their cells to rapidly separate charges," said senior author Sarah Tolbert, professor of chemistry in the University of California, Los Angeles.

"That separation is the key to making the process so efficient," Tolbert said.

The team's X-ray studies enabled them to see, at a microscopic level, which material design has the most ideal structure at the nanoscale for promoting this charge separation.

The results were outlined in Science. To capture energy from sunlight, conventional rooftop solar cells use silicon, which can be expensive.

The new system is composed of strands of a polymer that absorb sunlight and pass electrons to a fullerene, a spherical carbon molecule also known as a "buckyball".

The new design is also more eco-friendly compared to the current technology, as the materials can assemble in water instead of more toxic organic solutions that are typically used.