New Laser Propulsion System Could Get Humans to Mars in 3 Days: Study 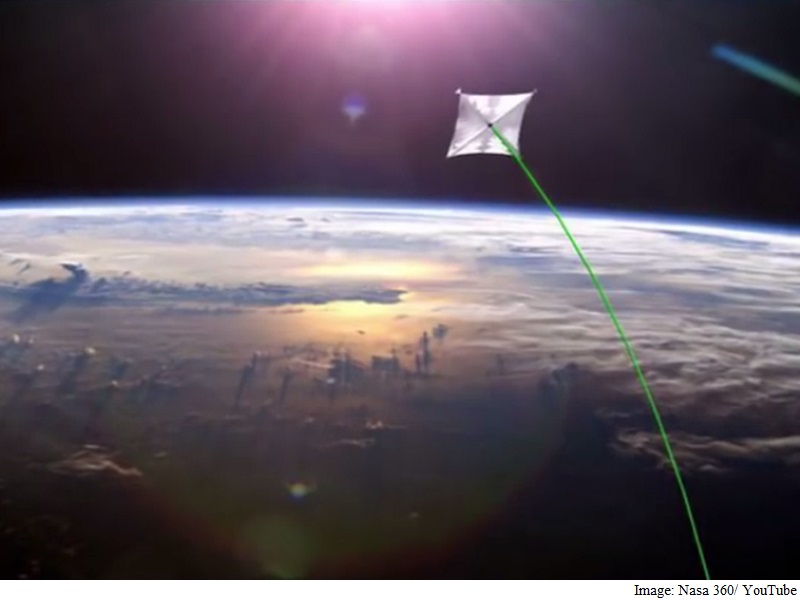 For humans to arrive at the Red Planet with the available technology, it will approximately take five months to touch down on the Martian surface. Nasa researchers are now working on a new laser technology that can send humans to Mars in flat three days.

The idea is to use lasers to propel spacecraft with giant sails to Mars in just three days and this is no science fiction.

The new "photonic propulsion" system relies on the momentum of photons - particles of light - to move forward.

But instead of photons from the Sun's rays, the design from Nasa scientist Philip Lubin will involve a push by giant Earth-based lasers to the spacecraft, sciencealert.com reported.

According to Lubin, the technology is very much readily available and that the system could easily be scaled up.

"There are recent advances that take this from science fiction to science reality. There is no known reason why we cannot do this," Lubin was quoted as saying.

Despite not having any mass, particles of light have both energy and momentum.

"When they reflect off an object, that momentum is transferred into a little push. With a large, reflective sail, it's possible to generate enough momentum to gradually accelerate a spacecraft," the report added.

Lubin's calculations predict that photonic propulsion could get a 100-kg robotic spacecraft to Mars in just three days.

"Electromagnetic acceleration is only limited by the speed of light while chemical systems are limited to the energy of chemical processes," Lubin wrote.

Lubin and his team have received a proof-of-concept grant from Nasa to show that photonic propulsion could be used for space travel.

Nasa is currently building the Space Launch System (SLS), the world's most powerful rocket that will take humans to Mars.

SLS is one of the most experienced large rocket engines in the world, with more than a million seconds of ground test and flight operations time.

When completed, SLS will enable astronauts to begin their journey to explore destinations far into the solar system.

The SLS will carry 13 small satellites along with an uncrewed Orion spacecraft during its first flight in 2018.

US President Barak Obama has proposed $19 billion for the US space agency in the fiscal 2017 budget - a little less that $19.3 billion Nasa received for the fiscal 2016.