Neuralink aims to make using computers and smartphones easier for people with disabilities through brain-machine interface. 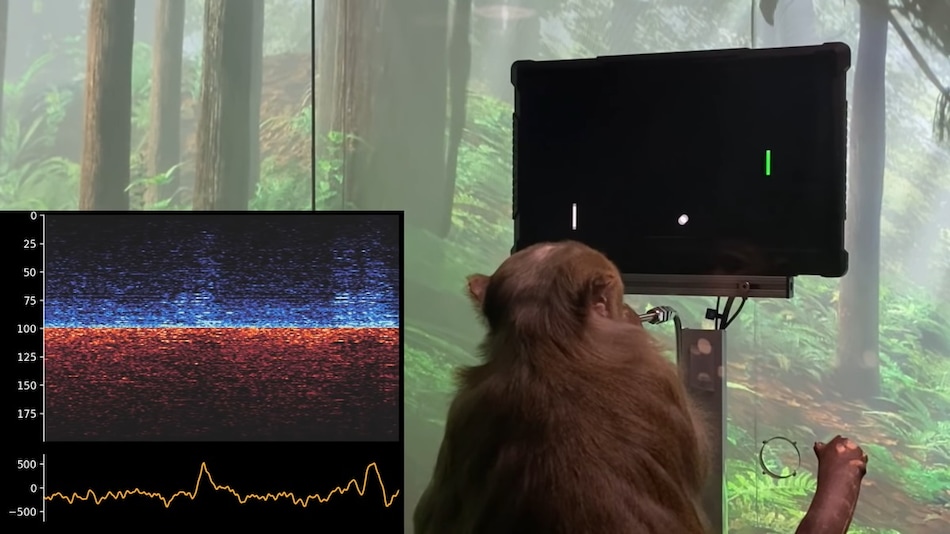 Elon Musk's Neuralink startup is developing a brain-machine interface that will enable users to control computers and smartphones directly from their brain. Founded in 2016, Neuralink is now demonstrating the progress it has made over the years by showing a macaque named Pager playing Pong video game using a N1 neural link chip. In the shared video, Pager first uses a joystick and then uses the signals from his brain to control the cursor on the screen. The aim of Neuralink is to enable people with paralysis to operate computers and other devices with ease using the electrical signals from their brains.

Neuralink showcased their development through a blog post, highlighting the use of the neural implant in helping people with disabilities. The company said that the N1 link is a 1,024-electrode fully-implanted neural recording and data transmission device. “We have implanted the Link in the hand and arm areas of the motor cortex, a part of the brain that is involved in planning and executing movements. We placed Links bilaterally: one in the left motor cortex (which controls movements of the right side of the body) and another in the right motor cortex (which controls the left side of the body).”

Elon Musk on Friday tweeted that “later versions of the Neuralink will be able to shunt signals from Neuralinks in brain to Neuralinks in body motor/sensory neuron clusters, thus enabling, for example, paraplegics to walk again”

The blog post by Neuralink also highlighted how the N1 link “amplifies and digitises” the voltage recorded from each of its 1,024 electrodes. The startup is also employing decades of research and states that previous brain-machine interface (BMI) systems used only a few hundred electrodes. Neuralink wants to “build a safe and effective clinical BMI system that is wireless and fully implantable” that can not only be used by users by themselves, but can also be carried along wherever they go.