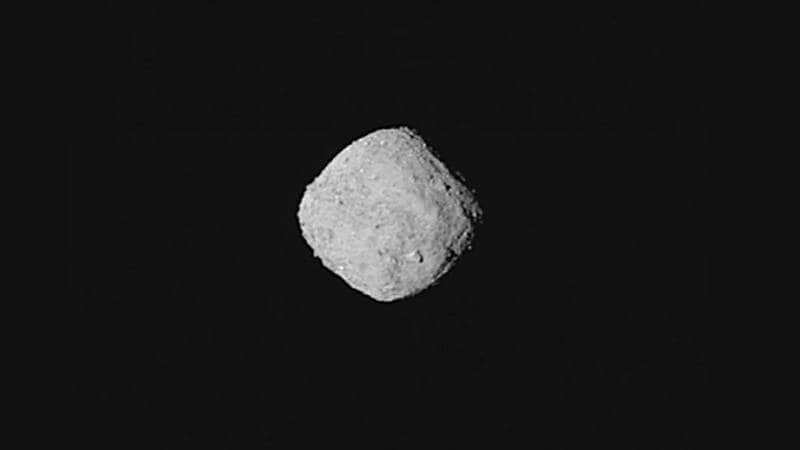 A NASA spacecraft designed to bring a small sample from asteroid Bennu to Earth is on course to arrive at its destination on December 3, the US space agency has said.

The spacecraft will spend almost a year surveying the asteroid with five scientific instruments with the goal of selecting a location that is safe and scientifically interesting to collect the sample.

The spacecraft will briefly touch Bennu's surface around July 2020 to collect at least 60 grams (equal to about 30 sugar packets) of dirt and rocks.

It might collect as much as 2,000 grams, which would be the largest sample by far gathered from a space object since the Apollo Moon landings.

The spacecraft will then pack the sample into a capsule and travel back to Earth, dropping the capsule into Utah's west desert in September 2023, where scientists will be waiting to collect it, NASA said.

The mission will help scientists investigate how planets formed and how life began, as well as improve our understanding of asteroids that could impact Earth.

To highlight the arrival of the agency's first asteroid sample return mission, NASA will air a live event on December 3 from 11.45 am to 12.15 pm EST.

The programme will originate from OSIRIS-REx's mission control at the Lockheed Martin Space facility in Littleton, Colorado, and will air on NASA Television, Facebook Live, Ustream, YouTube and the agency's website.