Nasa's Orion Spacecraft to Be Unveiled on Monday 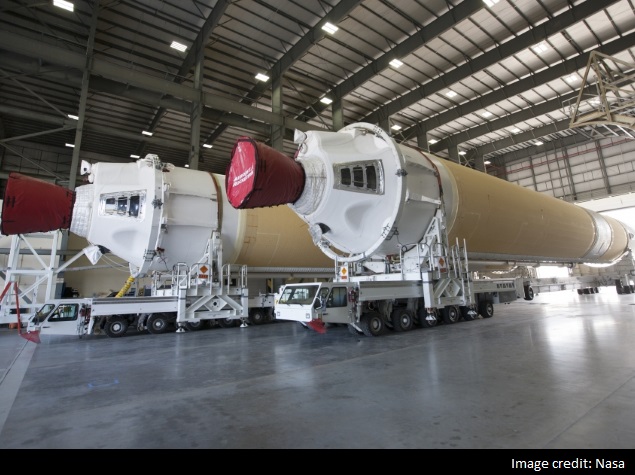 Nasa's Orion spacecraft is all set to be revealed to the world Monday in the space agency's first step towards sending humans to deep space.

Technicians have put the finishing touches to Orion's crew module, marking the conclusion of Nasa's efforts to build and prepare the vehicle for its maiden launch in December.

The Orion spacecraft will be rolled out from Kennedy Space Center's Launch Abort System Facility (LASF) to Launch Complex 37 at Cape Canaveral Air Force Station, the US space agency said in a statement.

"This is just the first of what will be a long line of exploration missions beyond low earth orbit, and in a few years we will be sending our astronauts to destinations humans have never experienced," said Bill Hill, deputy associate administrator for Exploration Systems Development, Nasa.

After arriving at pad 37, the Orion stack will be hoisted and installed atop the United Launch Alliance Delta IV Heavy rocket that will carry it into space for its unmanned EFT-1 maiden flight test, the statement added.

"Nasa is pushing the boundaries of exploration and working hard to send people to Mars in the future," said Mark Geyer, Orion Programme manager.

The spacecraft will travel around 3,600 miles into space and return to Earth at a speed of more than 20,000 mph, completing a 4.5-hour, two-orbit test flight.

In future, Orion will also be used as part of Nasa's Space Launch System (SLS).