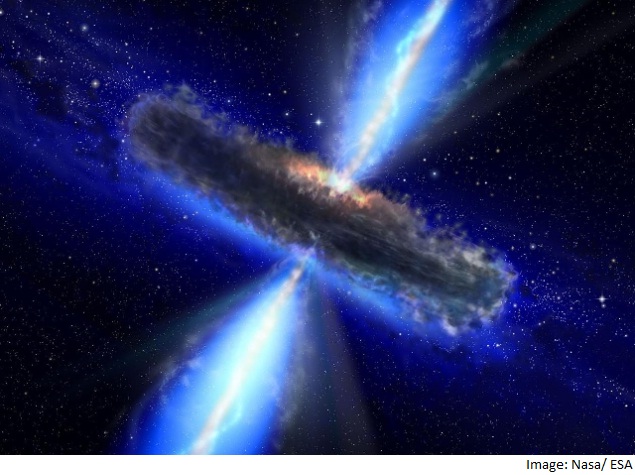 Five supermassive black holes that were previously hidden by clouds of dust and gas have been discovered by astronomers who suggest that millions of concealed monster black holes exist in the universe.

The researchers, led by astronomers at Durham University, UK, pointed NuSTAR at nine candidate hidden supermassive black holes that were thought to be extremely active at the centre of galaxies, but where the full extent of this activity was potentially obscured from view.

High-energy X-rays found for five of the black holes confirmed that they had been hidden by dust and gas.

The five were much brighter and more active than previously thought as they rapidly feasted on surrounding material and emitted large amounts of radiation.

Such observations were not possible before NuSTAR, which launched in 2012 and is able to detect much higher energy X-rays than previous satellite observatories, researchers said.

"For a long time we have known about supermassive black holes that are not obscured by dust and gas, but we suspected that many more were hidden from our view," said lead author George Lansbury, a postgraduate student in the Centre for Extragalactic Astronomy, at Durham University.

"Thanks to NuSTAR for the first time we have been able to clearly see these hidden monsters that are predicted to be there, but have previously been elusive because of their 'buried' state.

"Although we have only detected five of these hidden supermassive black holes, when we extrapolate our results across the whole universe then the predicted numbers are huge and in agreement with what we would expect to see," he said.

The findings were presented at the Royal Astronomical Society's National Astronomy Meeting, in Llandudno, Wales.