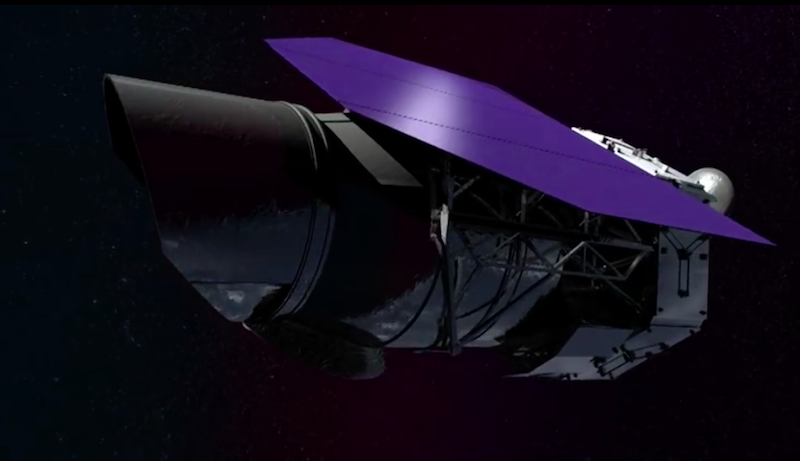 NASA said it is initiating an independent external review to know how long it will take and how much it will cost to build the Wide Field Infrared Survey Telescope (WFIRST).

WFIRST is NASA's next large space telescope under development, after the James Webb Space Telescope that is launching in 2018.

"This is the right time for us to pause for an independent look at our plans to make sure we understand how long it will take, and how much it will cost, to build WFIRST," Zurbuchen said in a NASA statement on Friday.

NASA has launched a series of large space telescopes over the past 27 years, including the Hubble Space Telescope, the Chandra X-ray Observatory, and the Spitzer Space Telescope.

In addition to being among the most productive science facilities ever built, all of these space telescopes share something else. They were all top recommendations of a National Academy of Sciences' Decadal Survey for Astronomy and Astrophysics.

WFIRST, the top priority of the most recent Decadal Survey in 2010, would be as sensitive as the Hubble Space Telescope, but have 100 times its field of view - every WFIRST image would be like 100 Hubble images.

It would also feature a demonstration instrument capable of directly detecting the reflected light from planets orbiting stars beyond the Sun.

The agency initiated the WFIRST project in 2016, beginning the formulation phase of the mission.

Recently, the National Academies conducted a midterm assessment of NASA's progress in implementing the recommendations of the 2010 Decadal Survey.

Recognising that cost growth in the planned WFIRST project could impact the balance of projects and research investigations across NASA's astrophysics portfolio, the Midterm Assessment Report recommended that prior to proceeding to the next phase of the WFIRST project, NASA should take a fresh look at its plans.

"NASA should commission an independent technical, management, and cost assessment of the Wide-Field Infrared Survey Telescope, including a quantitative assessment of the incremental cost of the coronagraph," the report said.