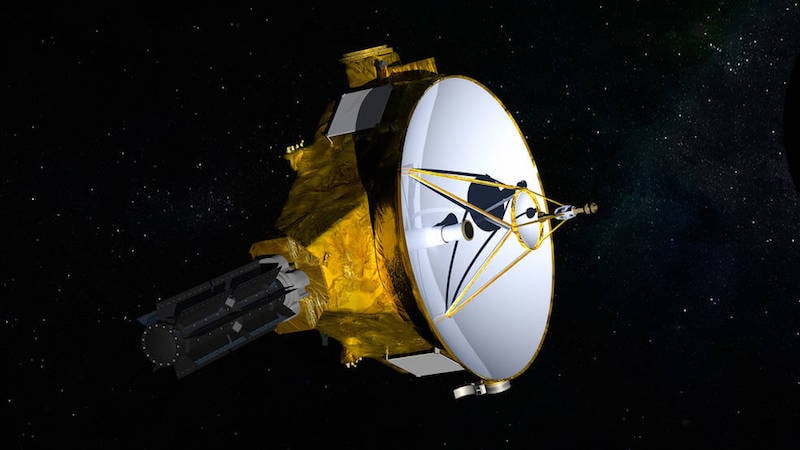 Scientists have measured the brightness of all the galaxies in the universe by using images taken by NASA's New Horizons mission.

Researchers from Rochester Institute of Technology (RIT) in the US used archival data from the instrument onboard New Horizons - the Long Range Reconnaissance Imager, or LORRI - to measure visible light from other galaxies.

"Determining how much light comes from all the galaxies beyond our own Milky Way galaxy has been a stubborn challenge in observational astrophysics," said Michael Zemcov, assistant professor in RIT's School of Physics and Astronomy.

Light from the cosmic optical background can reveal the number and location of stars, how galaxies work and give insights into the peculiar nature of exotic physical processes, such as light that may be produced when dark matter decays.

Dark matter is the invisible substance thought to comprise 85 per cent of matter in the universe.

"This result shows some of the promise of doing astronomy from the outer solar system," Zemcov said.

"The study is proof that this kind of measurement is possible from the outer solar system, and that LORRI is capable of doing it," said Zemcov.

Cosmic dust is sooty bits of rock and small debris that moved, over time, from the outer solar system towards the Sun.

Scientists launching experiments on sounding rockets and satellites must account for the dust that makes the Earth's atmosphere many times brighter than the cosmic optical background.

New Horizons mission has been funded through 2021, and Zemcov is hopeful for the chance to use Long Range Reconnaissance Imager to re-measure the brightness of the cosmic optical background.

"NASA sends missions to the outer solar system once a decade or so," Zemcov said.

"What they send is typically going to planets and the instruments onboard are designed to look at them, not to do astrophysics. Measurements could be designed to optimise this technique while LORRI is still functioning," he said.