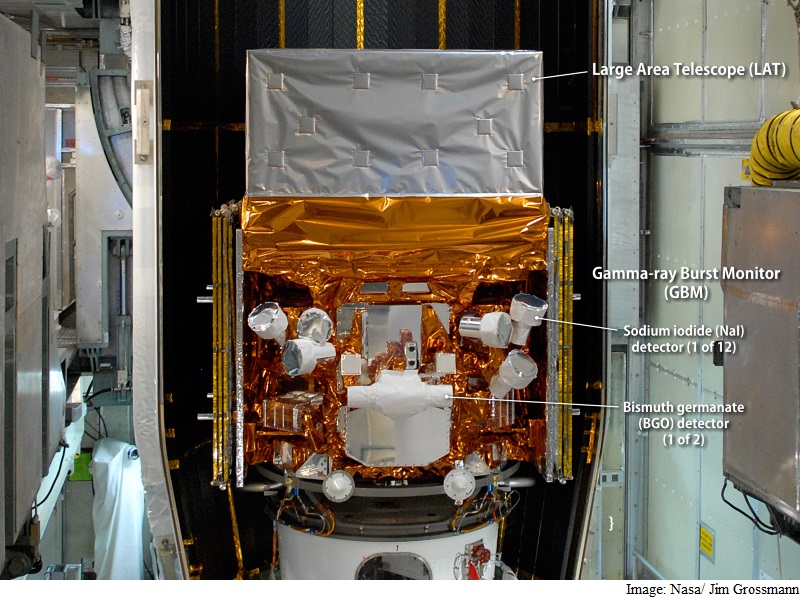 While the world celebrated the detection of gravitational waves in September last year, less than half a second later, the Gamma-ray Burst Monitor (GBM) on Nasa's Fermi Gamma-ray Space Telescope picked up a brief, weak burst of high-energy light consistent with the same part of the sky.

Analysis of this burst suggests just a 0.2-percent chance of simply being random coincidence.

Gamma-rays arising from a black hole merger would be a landmark finding because black holes are expected to merge "cleanly," without producing any sort of light, the researchers noted.

"This is a tantalising discovery with a low chance of being a false alarm but before we can start rewriting the textbooks, we will need to see more bursts associated with gravitational waves from black hole mergers," said Valerie Connaughton, a GBM team member at the National Space, Science and Technology Center in Huntsville, Alabama.

On September 14, waves of energy travelling for more than a billion years gently rattled space-time in the vicinity of Earth.

The disturbance, produced by a pair of merging black holes, was captured by the Laser Interferometer Gravitational-Wave Observatory (LIGO) facilities in Hanford, Washington, and Livingston, Louisiana.

This event marked the first-ever detection of gravitational waves and opens a new scientific window on how the universe works.

As the two black holes near each other, they merge into a single black hole that settles into its "ringdown" phase where the final gravitational waves are emitted.

The GBM team calculates less than a 0.2-percent chance random fluctuations would have occurred in such close proximity to the merger.

"Detecting light from a gravitational wave source by Fermi will enable a much deeper understanding of the event," the authors stated.

Fermi's GBM sees the entire sky not blocked by Earth and is sensitive to X-rays and gamma rays with energies between 8,000 and 40 million electron volts (eV).

For comparison, the energy of visible light ranges between about 2 and 3 eV.

"With just one joint event, gamma rays and gravitational waves together will tell us exactly what causes a short GRB," added Lindy Blackburn, postdoctoral fellow at the Harvard-Smithsonian Center for Astrophysics in Cambridge, Massachusetts.

"There is an incredible synergy between the two observations, with gamma rays revealing details about the source's energetics and local environment and gravitational waves providing a unique probe of the dynamics leading up to the event," he explained in a paper under review by The Astrophysical Journal.

The LIGO event was produced by the merger of two relatively large black holes, each about 30 times the mass of the sun.

Binary systems with black holes this big were not expected to be common, and many questions remain about the nature and origin of the system.

Famous physicist Albert Einstein predicted the existence of gravitational waves in his general theory of relativity a century ago and scientists have been attempting to detect them for 50 years.