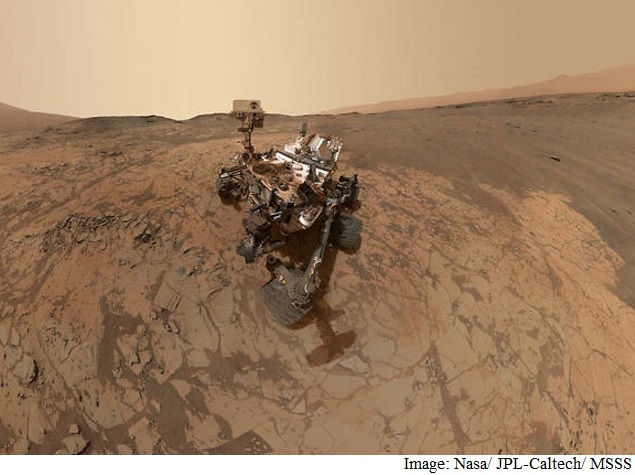 Nasa's Curiosity Mars rover is expected to resume arm movements this week while analysis of what appears to be an intermittent electrical short circuit in the drill continues, the US space agency said.

A fluctuation in current triggered a fault-protection response that immediately halted action by the rover during the mission's 911th Martian day.

Since February 27, the rover team on Earth has avoided driving Curiosity or moving the rover's arm while engineers have focused on diagnostic tests.

Science observations with instruments on the rover's mast have continued, along with environmental monitoring by its weather station.

"The most likely cause is an intermittent short in the percussion mechanism of the drill. After further analysis to confirm that diagnosis, we will be analysing how to adjust for that in future drilling," he informed.

The sample-collection drill on Curiosity's robotic arm uses both rotation and hammering, or percussion, to penetrate into Martian rocks and collect pulverised rock material for delivery to analytical instruments inside the rover.

The electrical short circuit occurred while the rover was transferring rock-powder sample from the grooves of the drill into a mechanism that sieves and portions the powder.

Micromax's Yu Yureka Set to Get Android 5.0 Lollipop Update This Month
In Japan, Abe's Robot Panel Aims to Give Drone Industry an Edge