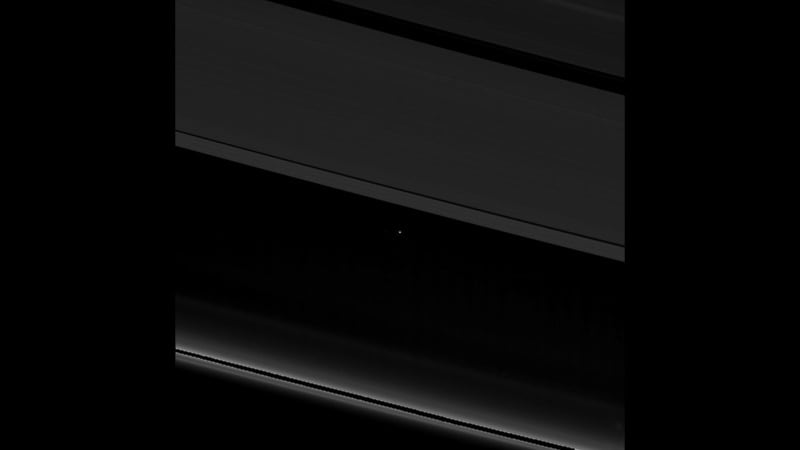 NASA's Cassini spacecraft soared past Saturn's biggest moon for the last time on Saturday, tapping its gravity to slingshot into a series of exploratory dives inside the planet's rings, followed by a final fatal plunge into the gas giant.

After nearly 20 years of traveling in space, Cassini used the gravitational tug of Titan, a moon resembling primordial Earth, to hurl itself into a new orbit that will pass through an unexplored region between Saturn's cloud tops and its rings.

The spacecraft is expected to make the first of 22 dives between the planet and its rings on Wednesday. During the last dive on September 15, Cassini is slated to destroy itself by flying directly into Saturn's crushing atmosphere.

Cassini's final run was set into motion early on Saturday by its 127th and final pass by Titan, the US National Aeronautics and Space Administration said.

"Titan's gravity will bend Cassini's orbit around Saturn, shrinking it slightly, so that instead of passing just outside the rings, the spacecraft will begin its finale dives which pass just inside the rings," NASA said in a statement on Wednesday.

During the dives, Cassini will measure how much ice and other materials are in the rings and determine their chemical composition. That information will help scientists learn how the rings formed.

Cassini also will study Saturn's atmosphere and take measurements to determine the size of the planet's rocky core.

Cassini has been probing Saturn, the sixth planet from the sun, and its entourage of 62 known moons since July 2004, but is running low on fuel.

NASA plans to crash the spacecraft into Saturn to avoid any chance Cassini could someday collide with Titan, the ocean-bearing moon Enceladus or any other moon that has the potential to support indigenous microbial life.

By destroying the spacecraft, NASA will ensure that any hitchhiking Earth microbes still alive on Cassini will not contaminate the moons for future study.