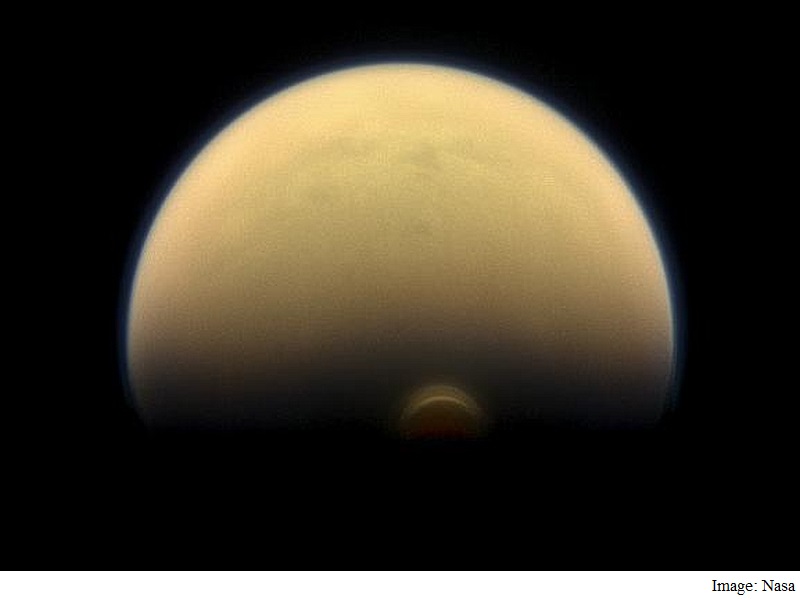 Cassini's camera had already imaged an impressive cloud hovering over Titan's south pole at an altitude of about 300 kilometres.

However, that cloud, first seen in 2012, turned out to be just the tip of the iceberg. A much more massive ice cloud system has now been found lower in the stratosphere, peaking at an altitude of about 200 kilometres, Nasa said.

The new cloud was detected by Cassini's infrared instrument - the Composite Infrared Spectrometer, or CIRS - which obtains profiles of the atmosphere at invisible thermal wavelengths. The cloud has a low density, similar to Earth's fog but likely flat on top.

For the past few years, Cassini has been catching glimpses of the transition from fall to winter at Titan's south pole - the first time any spacecraft has seen the onset of a Titan winter.

Because each Titan season lasts about 7-1/2 years on Earth's calendar, the south pole will still be enveloped in winter when the Cassini mission ends in 2017.

"When we looked at the infrared data, this ice cloud stood out like nothing we've ever seen before," said Carrie Anderson of Nasa's Goddard Space Flight Center in Maryland.

"It practically smacked us in the face," said Anderson. The ice clouds at Titan's pole don't form in the same way as Earth's familiar rain clouds.

The sinking gases - a mixture of smog-like hydrocarbons and nitrogen-bearing chemicals called nitriles - encounter colder and colder temperatures on the way down. Different gases will condense at different temperatures, resulting in a layering of clouds over a range of altitudes.

Cassini arrived at Saturn in 2004 - mid-winter at Titan's north pole. As the north pole has been transitioning into springtime, the ice clouds there have been disappearing.

Meanwhile, new clouds have been forming at the south pole. The build-up of these southern clouds indicates that the direction of Titan's global circulation is changing.

The size, altitude and composition of the polar ice clouds help scientists understand the nature and severity of Titan's winter.