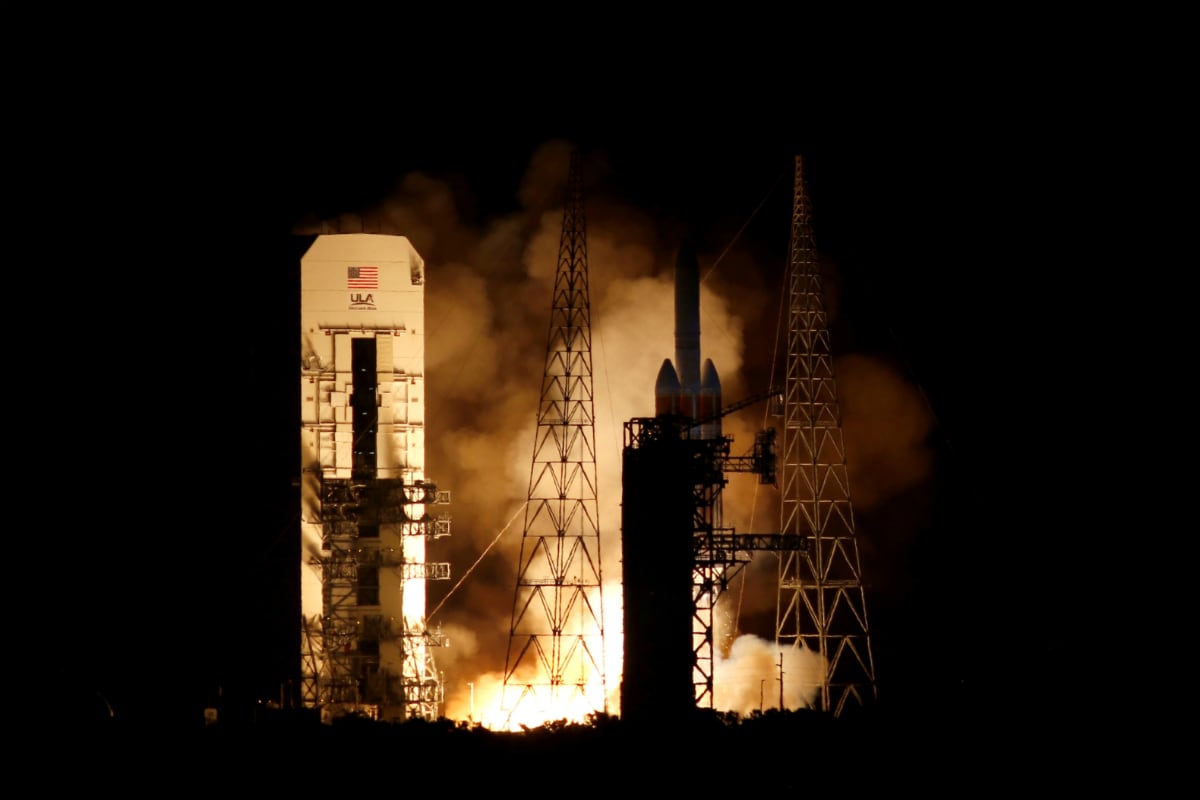 Once there was an asteroid that flew too close to the sun. It was small and dark and rocky, too fragile to withstand such scorching conditions. The asteroid cracked, releasing a burst of dust and debris. Though it continued traveling along its orbit, it dropped millions of fragments in its wake. Humans named the asteroid Phaethon, for the child of the Greek sun god who couldn't handle his father's chariot and nearly destroyed the world. Each December, when our planet plunges through Phaethon's wake, we can see bits of the broken asteroid burn up in our atmosphere. Researchers call the light flashes the Geminid meteor shower. Children call them shooting stars.

Scientists have struggled for years to photograph Phaethon's debris trail - until a NASA spacecraft serendipitously stumbled upon it.

Parker Solar Probe, which took flight in 2018, was designed to solve the enduring mystery of how our star gives off energy. Swooping closer to the sun's surface than any earthly object has before, the spacecraft measures magnetic fields, scoops up energetic particles and snaps images of the sun's atmosphere and its streaming solar wind.

While retreating from its third close approach to the sun in November, the probe captured something curious with its wide-field imager. Just to the left of the Milky Way, there was a faint line of dust.

Karl Battams, an astrophysicist at the US Naval Research Laboratory, compared the position of the dust trail to Phaethon's known orbit. It was a perfect match.

The segment of the trail captured by Parker Solar Probe is 60,000 miles across and 12 million miles long, though the dust in fact suffuses the entire length of Phaethon's 524-day orbit. Astronomers estimate it contains a billion kilograms of material.

Phaethon's messy habits make it unusual among asteroids. Some researchers even refer to it as a "rock comet," though it spews dust instead of gas. By studying this debris trail, scientists hope to learn more about what caused Phaethon to splinter several thousand years ago.

The asteroid's history may one day be deeply relevant to Earth's future; NASA has classified the Mount Kilimanjaro-size rock as a potentially hazardous Near-Earth Object (but no collisions are predicted for at least 400 years).

Astronomers have tried several times to capture Phaethon's trail with the Hubble Space Telescope. But because it's so close to the sun, its light is swamped by our star's glow, and they'd never been successful until Solar Probe went soaring past.

"We've seen something in the data that we've never seen before, and in fact no one has ever seen before," Battams said. "Solar Probe has given us answers to questions that we weren't even asking."

Parker Solar Probe is scheduled to perform at least 21 more loops around the sun, giving it 21 additional chances to capture Phaethon's dust. If NASA's luck holds, Battams said, this won't be our last look at the trail of shooting stars.