The move comes as the White House has shown frustration with the pace of getting to the moon. 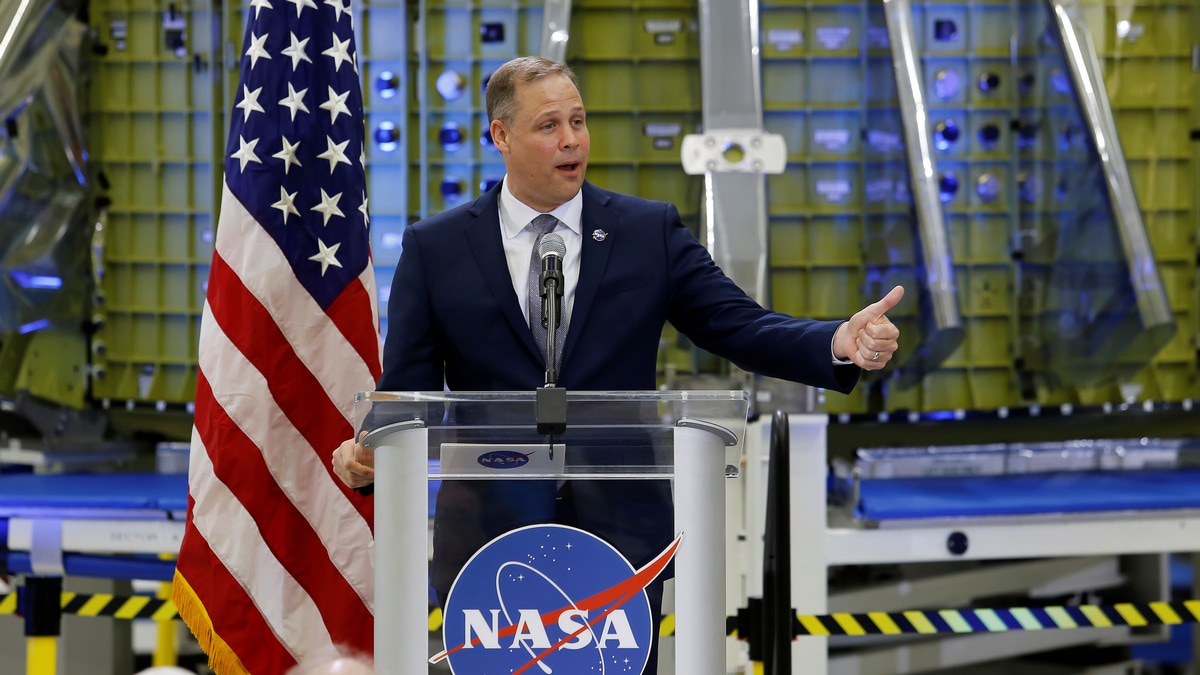 William Gerstenmaier, a NASA veteran, was removed as head of the agency's human exploration office Wednesday, a sudden move that comes as the agency is seeking to restore human space flight to American soil and return astronauts to the moon.

Having served at the agency since 1977, Gerstenmaier had been in charge of some of NASA's most high-profile programs and is known as a steady and methodical force inside the halls of NASA's headquarters. Known as "Gerst," he was working along side Boeing and SpaceX as they developed spacecraft capable of ferrying NASA's astronauts to the International Space Station.

He was also leading the effort to return astronauts to the moon, which had become a priority for the Trump administration.

In an email to employees obtained by The Washington Post, NASA Administrator Jim Bridenstine said Gerstenmaier would become a special assistant to Jim Morhard, the deputy administrator.

The move comes as the White House has shown frustration with the pace of getting to the moon, and some of the problems that have plagued NASA's marquee efforts, including the massive rocket it's building, known as the Space Launch System, which is years behind schedule and way over budget.

Vice President Mike Pence earlier this year directed NASA to speed up its return to the moon dramatically - by four years, to 2024 - a move that took many in the agency by surprise.

In a March speech, he took aim at NASA's bureaucracy, saying the agency "must transform itself into a leaner, more accountable and more agile organization. If NASA's not currently capable of landing American astronauts on the moon in five years, we need to change the organization, not the mission."

He said the United States needed a renewed sense of urgency in order to compete with other superpowers such as China. "It's not just competition against our adversaries," he said. "We're also racing against our worst enemy: complacency."

In the email to NASA employees sent Wednesday evening, Bridenstine wrote: "As you know, NASA has been given a bold challenge to put the first woman and the next man on the Moon by 2024, with a focus on the ultimate goal of sending humans to Mars. In an effort to meet this challenge, I have decided to make leadership changes to the Human Exploration and Operations (HEO) Mission Directorate."

He said that Ken Bowersox, a former astronaut, who had served as the deputy associate administrator for the human exploration office would take over in an acting capacity.