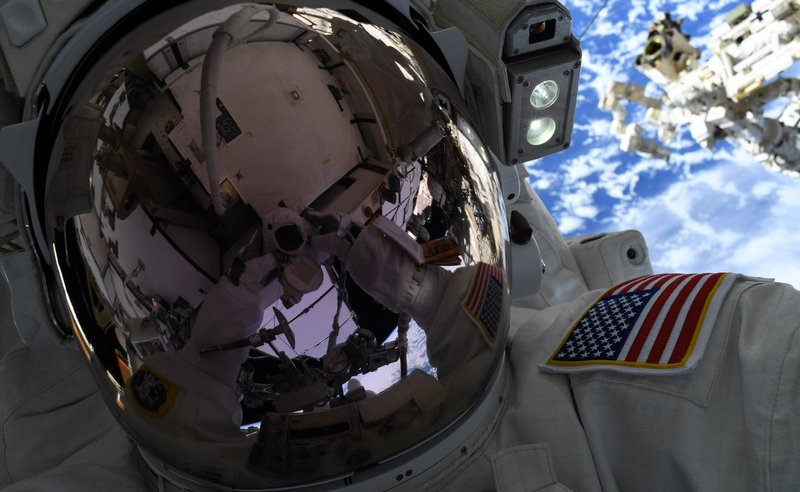 The US space agency NASA scrapped Monday a planned historic spacewalk by two women astronauts, citing a lack of available spacesuits that would fit them at the International Space Station.

Had Koch and McClain done their spacewalk together, it would have been the first ever by two women astronauts.

Until now, male-only or mixed male-female teams had conducted spacewalk since the space station was assembled in 1998 - 214 spacewalks until now.

McClain worked outside the station last week - with Hague - when she realised that a "medium"-sized upper half of her spacesuit fit her better.

"Because only one medium-size torso can be made ready by Friday, March 29, Koch will wear it," NASA explained.

The spacesuits aboard the ISS are in fact assemblies of several parts put together as best adapted to each astronaut's body, explained Brandi Dean, spokeswoman of the Johnson Space Center in Houston, Texas where American astronauts are based.

She said two upper parts in each of the three available spacesuit sizes are currently held at the ISS: medium, large and extra large.

"We do our best to anticipate the spacesuit sizes that each astronaut will need, based on the spacesuit size they wore in training on the ground, and in some cases astronauts train in multiple sizes," she said in explaining the problem that hampered Friday's planned spacewalk.

"However, individuals' sizing needs may change when they are on orbit, in response to the changes living in microgravity can bring about in a body.

"In addition, no one training environment can fully simulate performing a spacewalk in microgravity, and an individual may find that their sizing preferences change in space."