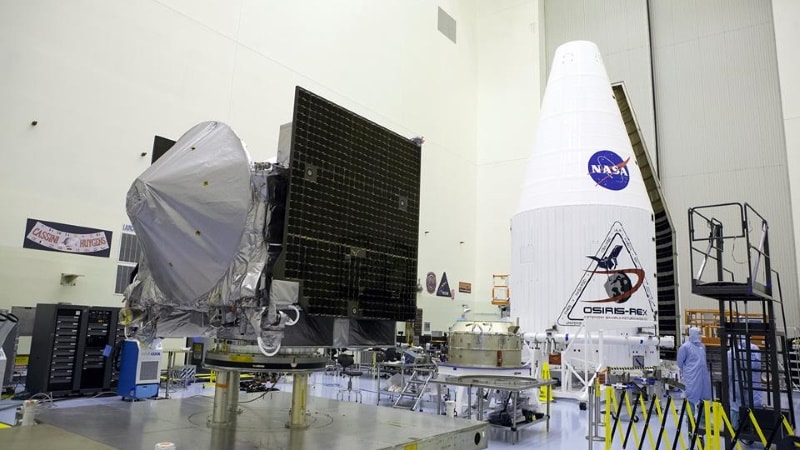 Despite the SpaceX Falcon 9 rocket explosion at the neighbouring Kennedy Space Centre in Florida, US space agency Nasa was confident that its asteroid sample return mission will launch on schedule on September 8.

The OSIRIS-REx spacecraft sits fine atop a United Launch Alliance Atlas 5 at Cape Canaveral's Space Launch Complex 41 - less than two km away where the Falcon 9 exploded on Thursday in a routine test firing ahead of a planned satellite launch into space.

The satellite launch was to expand Facebook's presence in Africa by beaming Internet from the sky. The Amos-6 satellite was to become the first in the social networking giant's project to spread internet to the developing world.

"The launch for Nasa's OSIRIS-REx mission remains on track for September 8. Initial assessments indicate the United Launch Alliance Atlas V rocket and OSIRIS-REx spacecraft are healthy and secure at Space Launch Complex-41, which is 1.1 miles from SpaceX's launch pad where the incident occurred," Nasa said in a statement on Friday.

"We remain confident in our commercial partners and firmly stand behind the successful 21st century launch complex that Nasa, other federal agencies, and US commercial companies are building on Florida's Space Coast," it added.

The Origins, Spectral Interpretation, Resource Identification, Security-Regolith Explorer (OSIRIS-REx) spacecraft will travel to the near-Earth asteroid Bennu and bring a sample back to Earth for intensive study.

The mission will help scientists investigate how planets formed and how life began, as well as improve our understanding of asteroids that could impact Earth.

The 2,110-kg fully-fuelled spacecraft will launch aboard an Atlas V 411 rocket during a 34-day launch period that begins on September 8, and reach its asteroid target in 2018.

After a careful survey of Bennu to characterise the asteroid and locate the most promising sample sites, OSIRIS-REx will collect between 60 to 2,000 grams of surface material with its robotic arm and return the sample to Earth via a detachable capsule in 2023, the US space agency said.

"Today's incident - while it was not a Nasa launch - is a reminder that spaceflight is an incredible challenge, but our partners learn from each success and setback," Nasa added.

Nobody is thought to have been hurt in the explosion.

The explosion, however, is a setback for SpaceX. The California-based company, led by billionaire Elon Musk, had been ramping up with frequent launches to make up for a backlog created by a launch accident in June 2015.

SpaceX was leasing the pad from the Air Force for its Falcon launches.

"The situation at the Cape is being evaluated, and it's too early to know whether the incident will affect the schedule for upcoming Nasa-related SpaceX launches to the International Space Station (ISS)," the US space agency noted.

If there are SpaceX mission delays, other cargo spacecraft will be able to meet the station's cargo needs, Nasa said.