Captured by a French astronaut, the image shows the Upsala Glacier suffering a significant retreat as a large chunk of it break away 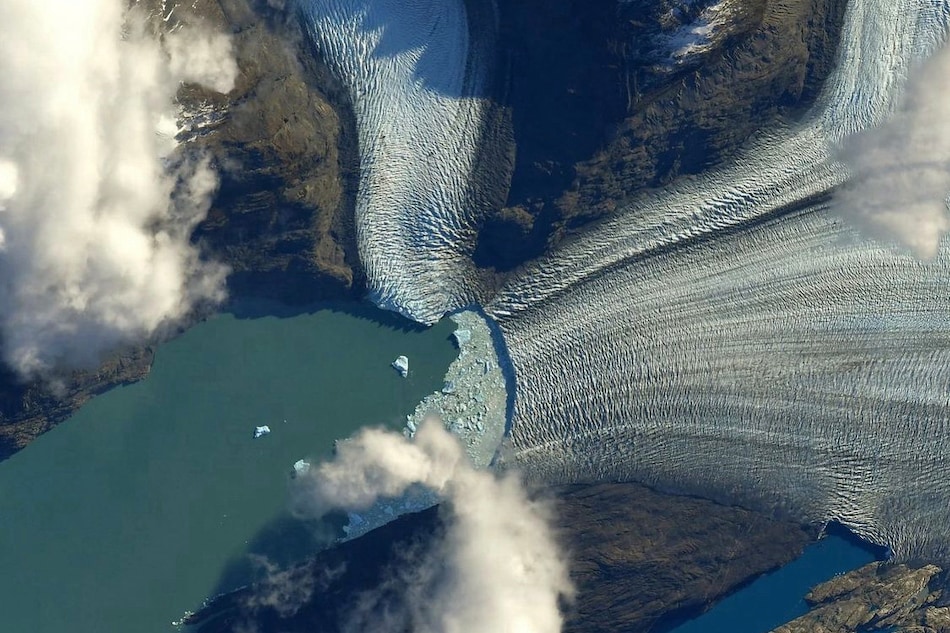 This image, shared by NASA, was taking from the International Space Station

NASA has released a new, stunning image on its Instagram account that shows a huge glacier melting away. The image captured by Thomas Pesquet, a French astronaut, from the International Space Station (ISS), is of the Upsala Glacier, the third-largest in the Southern Patagonian Icefield of Argentina and Chile. The American space agency said glaciers are getting smaller and this is becoming noticeable by astronauts in space as well as Earth observation satellites that monitor their progression for climate scientists. The image shows the Upsala Glacier suffering a significant retreat due to the climate crisis as a large chunk of it breaks away.

“As Earth's climate changes, observations, like this, made from the International Space Station help to provide unique insights to keep our planet safe,” NASA captioned the photo.

At the time of writing, over 8.46 Instagram users had seen the image. While most people praised the majestic spectacle captured by the French astronaut, a few acknowledged that the climate crisis was a serious threat to the planet.

“The planet is dying,” said a person with the username i_m_g.

“I wish you would have put pictures from last century next to this for comparison,” Khyrstyn Jackson said.

“Can't live broadcast be made on these vehicles,” asked Nihal Sen.

The Upsala Glacier is the southern remnant of the Patagonia Ice Sheet that covered the southern Andes Mountains during the last Ice Age. It has retreated more than 3 km between 2001 and 2016, according to a European Space Agency report.

Pesquet, 43, returned to ISS on a SpaceX's Crew Dragon capsule for a six-month tour of duty in April this year. Since then, he has been sharing incredible photographs of the Earth. He goes by the username “thom_astro” on his Instagram account.

Here are a few of the photographs he has shared previously:

Which of these images do you like the most? Tell us your thoughts in the comments section below.