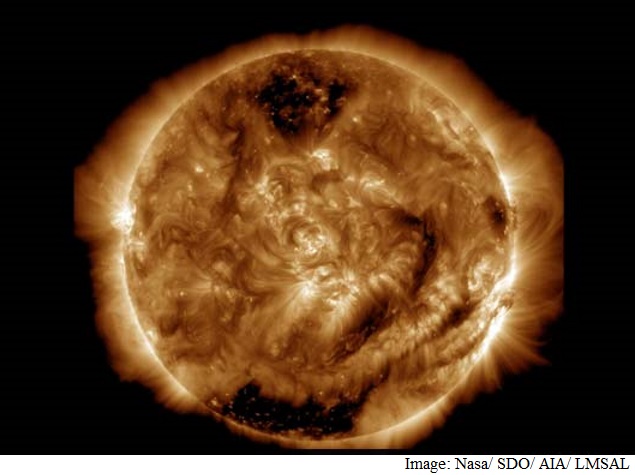 Nasa's Solar Dynamics Observatory has released a mind-boggling 100 millionth photo of the Sun for public viewing.

The AIA uses four telescopes working parallel to gather eight images of the sun - cycling through 10 different wavelengths - every 12 seconds.

Between the AIA and two other instruments on board, SDO sends down a whopping 1.5 terabytes of data a day. AIA is responsible for about half of that.

Every day it provides 57,600 detailed images of the sun that show the dance of how solar material sways and sometimes erupts in the solar atmosphere, the corona.

Since its launch on February 11, 2010, SDO has provided stunning images of the Sun to help scientists better understand how the roiling corona gets to temperatures some 1,000 times hotter than the Sun's surface, what causes giant eruptions such as solar flares, and why the Sun's magnetic fields are constantly on the move.

Artificial Intelligence Future Wows Davos Elite
If a Car Is Going to Self-Drive, It Might as Well Self-Park, Too