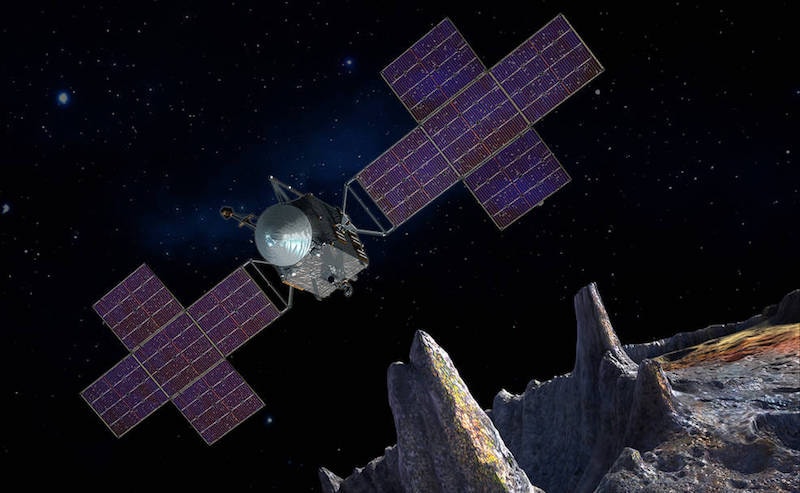 NASA has announced plans to launch its mission to a unique metal asteroid a year ahead of the original schedule.

Moving up the launch schedule and a revised trajectory will enable the probe to explore Psyche, an asteroid orbiting the Sun between Mars and Jupiter, four years earlier than the original timeline, NASA said.

"Psyche, NASA's Discovery Mission to a unique metal asteroid, has been moved up one year with launch in the summer of 2022, and with a planned arrival at the main belt asteroid in 2026 - four years earlier than the original timeline," the US space agency said in a statement on Wednesday.

"We challenged the mission design team to explore if an earlier launch date could provide a more efficient trajectory to the asteroid Psyche, and they came through in a big way," said Jim Green, Director of the Planetary Science Division at NASA Headquarters in Washington.

"This will enable us to fulfil our science objectives sooner and at a reduced cost," Green said.

Psyche is made almost entirely of nickel-iron metal. As such, it offers a unique look into the violent collisions that created Earth and the terrestrial planets.

The Psyche mission was selected for flight earlier this year under NASA's Discovery Program, a series of lower-cost, highly focused robotic space missions that are exploring the solar system.

The scientific goals of the Psyche mission are to understand the building blocks of planet formation and explore firsthand a wholly new and unexplored type of world.

The mission team seeks to determine whether Psyche is the core of an early planet, how old it is, whether it formed in similar ways to Earth's core, and what its surface is like.

Psyche was earlier scheduled to be launched in 2023.

Shortly after selection in January, NASA gave the direction to the Psyche team to research earlier opportunities.

"The biggest advantage is the excellent trajectory, which gets us there about twice as fast and is more cost effective," said Principal Investigator Lindy Elkins-Tanton of Arizona State University in Tempe.

"We are all extremely excited that NASA was able to accommodate this earlier launch date. The world will see this amazing metal world so much sooner," Elkins-Tanton said.

The revised trajectory is more efficient, as it eliminates the need for an Earth gravity assist, which ultimately shortens the cruise time, NASA said.

OnePlus 5 Will Be First Flagship in India With Snapdragon 835 SoC, Company Claims
LeEco Confirms Layoffs in the US, Cuts 325 Jobs