NASA's Laser Communications Relay Demonstration (LCRD) will be launched on December 4 after a two-year delay. 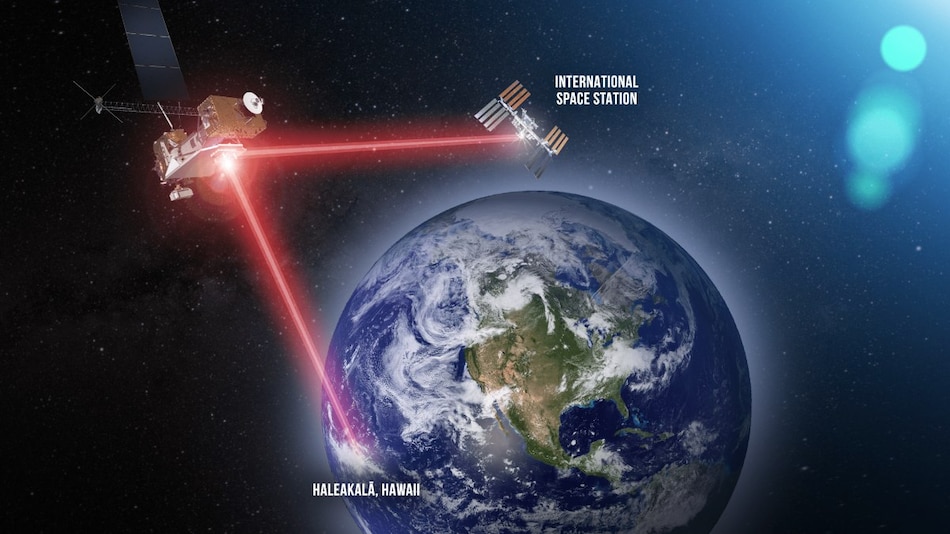 LCRD communicating data from the ISS to Earth

NASA is set to test a laser technology in space. This mission is aimed at speeding up space communications. The Laser Communications Relay Demonstration (LCRD) will be launched on December 4 after a two-year delay. The technology will be launched into space aboard a United Launch Alliance Atlas V rocket during the Space Test Program Satellite-6 (STPSat-6) mission by the Department of Defense. The mission is expected to be launched from Cape Canaveral Space Force Station in Florida.

Despite the delay, investigators suggest that the LCRD will be launched right in time to benefit the Artemis manned Moon-landing mission that is scheduled to be executed in 2025.

NASA elaborated on the use of lasers in space communication. It said that the technology allows 10–100 times more data sent back to Earth when compared to radio frequencies.

If missions began to use lasers, it will also prevent overcrowding of the radio frequency spectrum, said Badri Younes, the deputy associate administrator of NASA's Space Communications and Navigation programme.

The space agency even shared a video on the NASA Goddard YouTube channel to show how the LCRD will work.

Overcrowding of the radiofrequency spectrum has accelerated since mega-constellations of satellites in the low orbits of Earth have increased in number. The LCRD is important as NASA and the commercial sector are planning several space missions using Artemis, along with the planned Gateway space station and the Commercial Lunar Payload Services programme.

The Demonstration will travel to the geosynchronous orbit at 22,236 miles (35,786 kilometres) and won't reach the moon. The test will span over at least two years.

NASA said that the Demonstration would be much longer than other successful brief missions that sped up space communication.

Trudy Kortes, director of technology demonstrations at NASA's Space Technology Mission Directorate, said, “This new system will not only provide higher data transmission rates but optimise what we call SWAP — or size, weight, and power. It'll be smaller in volume, weigh less, and use less power than current state of the art [technology].”

The plan for the mission was approved in 2011. In 2018 it received a warning from the Government Accountability Office regarding some changes in its design and scope. Later, the coronavirus pandemic placed hurdles owing to safety quarantines and supply chain issues. NASA officials also said that there were new requirements associated with moving to a US Space Force-hosted payload that further delayed the launch date. NASA will soon launch more laser missions, not only to and from the Moon but also further out in the solar system.