No astronauts will be on board, but the test is a crucial one for NASA and Lockheed Martin. 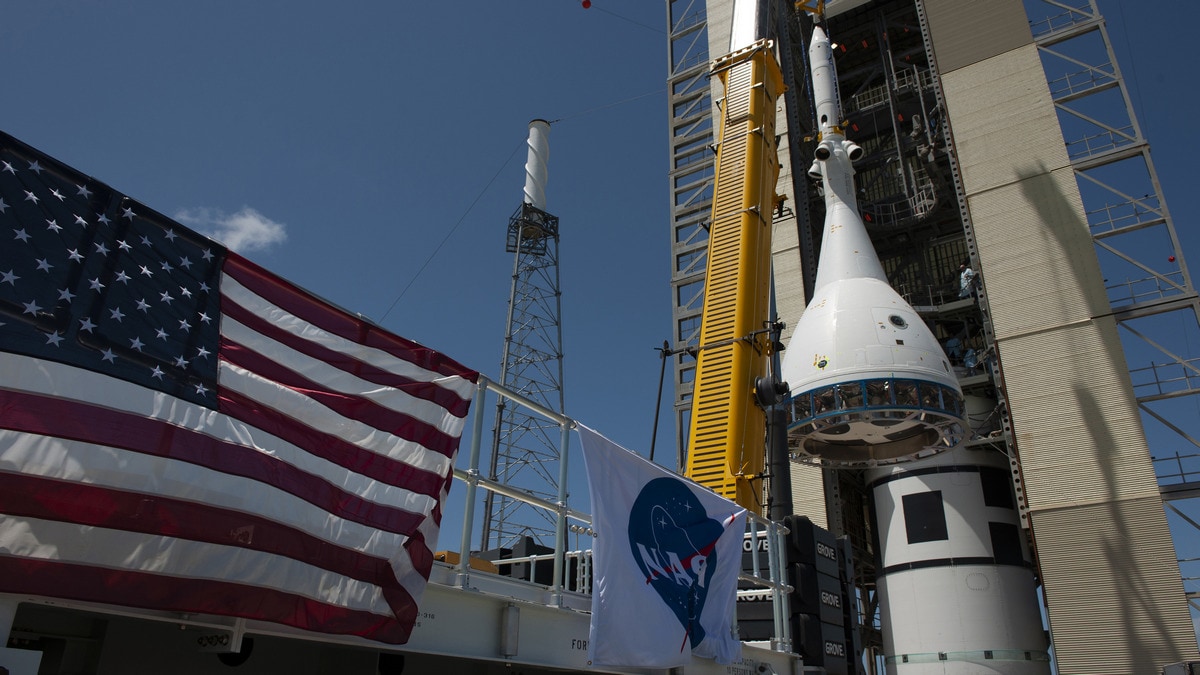 Usually, the most dramatic part of human space travel is the liftoff. A controlled explosion of massive amounts of propellant, blasting a rocket off the ground on a pillow of fire and smoke.

But that was not the most dramatic part of NASA astronaut Nick Hague's first launch. Rather, it came about two minutes later.

One of the side boosters failed to separate properly last October and slammed into the Russian rocket he was atop. That triggered an emergency abort for the capsule carrying Hague and Russian cosmonaut Alexey Ovchinin, who then went on a wild ride, slammed back into their seats by a force hitting 7 Gs, or seven times the force of gravity before touching down safely a few minutes later.

The abort on was "a good message to all of us: this is serious stuff," said NASA astronaut Randy Bresnik. "We have to prepare for this even though there's a low likelihood of it happening."

On Tuesday, NASA is scheduled to test the emergency abort system of its new spacecraft, the Orion crew capsule. If all goes according to plan, the spacecraft is scheduled to launch from Cape Canaveral Air Force Station in Florida on a rocket motor to about 31,000 feet, where its abort system will fire and thrusters will pull the capsule away.

No astronauts will be on board, but the test is a crucial one for NASA and Lockheed Martin, the prime contractor on Orion, which are hoping to demonstrate that the emergency system designed to safeguard astronauts in the case of a rocket failure is sound.

The stakes are high, not just for the space agency, but for the White House as well.

In March, Vice President Mike Pence called for the agency to speed up its plans to return astronauts to the lunar surface. Originally, NASA had been aiming to get astronauts to the moon by 2028. But Pence directed that the space agency cut four years from that timetable. In doing so, he took aim at NASA's bureaucracy, saying it "must transform itself into a leaner, more accountable and more agile organization."

NASA is scrambling to meet the White House's ambitious timeline for the program, which it has dubbed Artemis. It was already complex, calling for the construction of a lunar-orbiting space station called the Gateway, to which the Orion spacecraft would deliver astronauts, who would then board a lander for the trip to the moon's surface. Later, they'd return to the Gateway aboard an ascent vehicle and reboard Orion for the return to Earth.

NASA has awarded the contract for the power and propulsion elements of the mission, but other companies are vying to build the lander and the Gateway habitat.

First, however, the space agency must demonstrate that Orion can fly crews successfully - and Tuesday's test is a huge moment for a system whose sole purpose is to save the astronauts' lives.

NASA's partners to fly astronauts to the International Space Station, SpaceX, and Boeing, have had problems with their abort systems - something that the space shuttle Challenger did not have when its booster rocket exploded shortly after liftoff in 1986, killing all on board. SpaceX's Dragon capsule exploded earlier this year during a test firing of its abort engines. And Boeing discovered a propellant leak during one of its tests.

Boeing has said it has since successfully tested the system; SpaceX is still investigating what caused its spacecraft to explode.

In Tuesday's planned test, the Orion spacecraft will lift off be from launch pad 46. Then, 55 seconds later, at an altitude of 31,000 feet, when it would be travelling at more than 800 m.p.h., the abort system would kick in, pulling the Orion from its booster and sending it on a ride through the upper edges of the atmosphere.

If astronauts were on board, they would experience the same 7 G's that Hague did in October, and the capsule would experience "tremendous aerodynamic forces," said Mark Kirasich, NASA's Orion program manager, in a briefing Monday at the Kennedy Space Center.

Normally, the capsule would be guided down softly by parachutes. But NASA officials said that since the parachutes for the system have already been tested, none will be used Tuesday. As a result, the capsule will be travelling at about 300 mph when it slams into the Atlantic Ocean several miles east of the Florida Space Coast.

"We're not expecting it to stay intact when it hits," Jenny Devolites, the NASA test manager.

While the capsule would sink to the ocean floor, NASA would still be able to collect data from the flight. There are 900 sensors on the vehicle to measure temperature, pressure and acoustics, she said.

During the October abort of the Russian launch, the first thing Hague noticed "was being shaken violently from side to side," he said. The alarm sounded and a light flashed. "Once I saw the light, I knew we had an emergency with the booster," he said.

NASA officials have since called the mission a "successful failure."