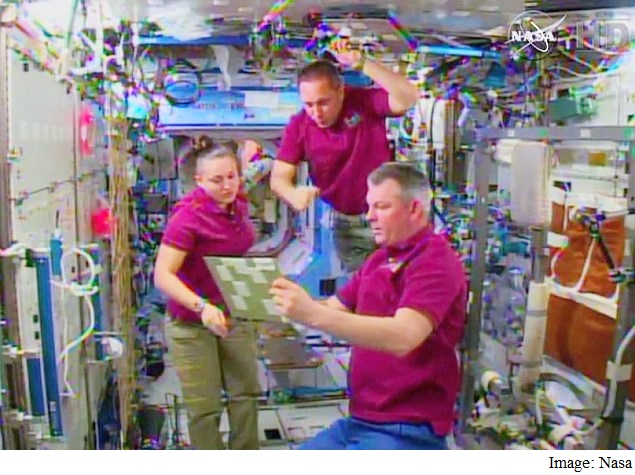 The start of a series of spacewalks to carry out major work at the International Space Station will be delayed by a day to Saturday so Nasa can investigate a spacesuits problem.

"Space station managers decided Thursday to move the first two spacewalks by Nasa's Expedition 42 commander Barry 'Butch' Wilmore and flight engineer Terry Virts by one day because of added analysis of spacesuits they will wear," said a Nasa statement.

Further walks will take place on February 25 and March 1.

All spacewalks will begin at 1210 GMT and are expected to last around six hours.

Their job aims to prepare the space station for the arrival as early as 2017 of US commercial crew capsules bringing astronauts to low-Earth orbit for the first time since the 2011 end of the space shuttle program.

Earlier this week, Nasa said engineers are concerned about a recurring issue with a piece of equipment known as the fan pump separator, part of the spacesuit's temperature control system.

"That is the same area of concern we had back in 2013 when we had the issue of the water in the helmet," said Kenneth Todd, International Space Station operations and integration manager, in a briefing with reporters.

The 2013 flaw allowed water to build up inside European astronaut Luca Parmitano's helmet while he was doing a spacewalk, and could have drowned him. He was quickly helped back inside the space station and soon recovered.