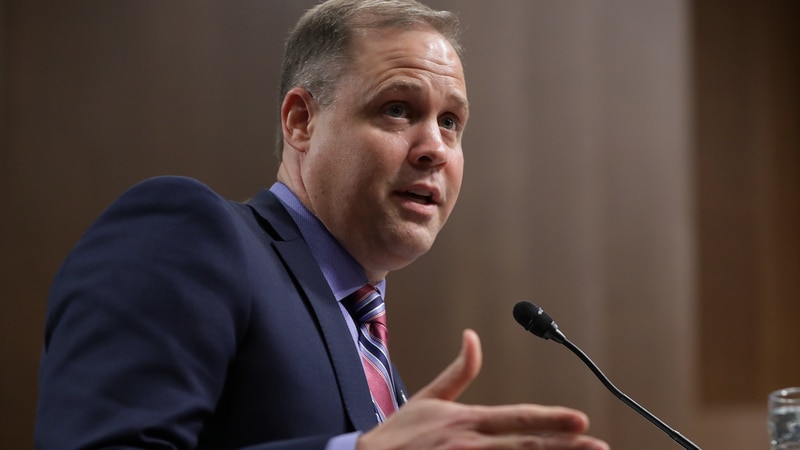 The US space agency NASA on Wednesday cast a shadow on the future of its new heavy-lift rocket, the SLS - acknowledging development delays on a project that is already years behind.

The Space Launch System program is being run much as the Apollo and space shuttle mission were handled in the days of old.

But Wednesday's announcement illustrates how quickly NASA has embraced a new era dominated by private space companies who are offering the option of low-cost transport on a mission-by-mission basis.

"SLS is struggling to meet its schedule" and won't be ready in time for a first unmanned mission around the Moon and back, dubbed EM-1, set for June 2020, NASA administrator Jim Bridenstine told lawmakers.

"Last week, it came to our attention that we're not going to be able to maintain the schedule," which is already three years behind, he told the Senate Commerce, Science and Transportation Committee.

Boeing has spent years developing the SLS, which would be the most powerful rocket ever built, with the goal of resuming manned space missions to the Moon. The project has already cost $12 billion.

A capsule for astronauts, Orion, is being built by Lockheed-Martin and Europe for the missions.

Wednesday marked the first time that NASA has clearly acknowledged the extent of the problems with the SLS.

That news did not surprise industry analysts, who have signalled problems with the development of the SLS for years.

Boeing is using more than 1,000 subcontractors in 43 US states to get the job done. That translates to thousands and thousands of jobs.

Congress initially wanted a first flight in late 2016. NASA then pushed back the date little by little.

But Bridenstine then made the shocking announcement that he wants to entrust the EM-1 mission to existing private launch systems, instead of waiting for SLS to be ready.

"We have amazing capability that exists right now that we can use off the shelf in order to accomplish this objective," he said.

He did not specify which private company he had in mind, but SpaceX - founded by billionaire Elon Musk -- would be a natural candidate with its Falcon Heavy rocket.

The Delta IV Heavy of United Launch Alliance -- a joint venture of Lockheed and Boeing -- also would be a capable alternative.

Congress will have to decide
The new plan would consist of launching the Orion capsule, and then following it up with the launch of an upper stage for propulsion.

The two elements would then dock in orbit for the voyage around the Moon.

No rocket in existence today is capable of lifting both elements together, because of their weight, which is why NASA had said it needed the more powerful SLS.

"I want to be clear, we do not have right now an ability to dock the Orion crew capsule with anything in orbit. So between now and June of 2020, we would have to make that a reality," Bridenstine said.

Bridenstine replied: "NASA has a history of not meeting launch dates, and I'm trying to change that."

The administration of President Donald Trump has made it clear that it is unhappy with all the delays.

In its budget proposal unveiled on Monday, the government wants to let the private sector launch the components of the mini-space station, dubbed the Gateway, that NASA wants to put in orbit around the Moon in the 2020s.

It also decided that private companies would launch a probe towards Jupiter's moon Europa.

Both of those missions were initially expected to be carried out using the SLS.

In the end, Congress will have to decide whether to pass the space budget as is or request changes that would preserve the SLS program's place in upcoming missions.

Producing the SLS in 43 states means 86 senators have something to lose if the SLS program goes south, leading some snarky commentators to label it the "Senate Launch System."

The budget for 2020 should be adopted in the coming months.