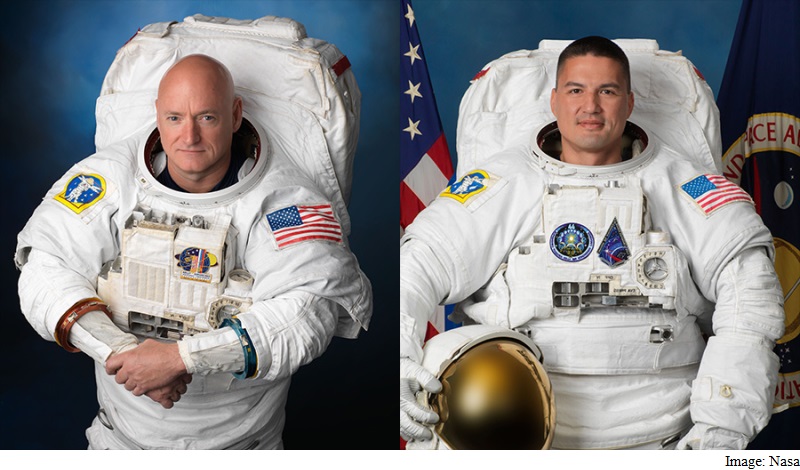 Two US astronauts got quite a workout Wednesday during a spacewalk that lasted more than seven hours in order to do upgrades and maintenance at the orbiting International Space Station, Nasa said.

The spacewalk was the first ever for veteran Scott Kelly, who is in the midst of a year-long stint at the ISS, and for his colleague, flight engineer Kjell Lindgren.

It lasted seven hours and 16 minutes - longer than the scheduled six and a half hours, a Nasa commentator said on the space agency's live broadcast.

He described the outing as "a very long day for these two spacewalkers, a very physically intensive activity."

The two accomplished the "lion's share" of their planned tasks, he added, including setting a thermal blanket over a state-of-the-art particle physics detector, known as the Alpha Magnetic Spectrometer, as well as routing cable to prepare for new docking ports for US commercial crew spacecraft and lubricating the station's robotic arm.

Once the spacewalkers are able to climb out of their bulky spacesuits, they were expected to grab a quick dinner and "then right off to bed," the Nasa commentator said.

Another spacewalk by the pair is scheduled for November 6.

While it was a pioneering spacewalk for both Kelly and Lindgren, it was the 189th in support of space station assembly and maintenance.

Nasa astronaut Scott Kelly will Thursday set a new record for the longest single stretch of time spent in space by an American, with 216 consecutive days at the International Space Station.

Kelly is more than midway through an entire year at the ISS, as part of an experiment to study the effects of long-term spaceflight on the body and mind.