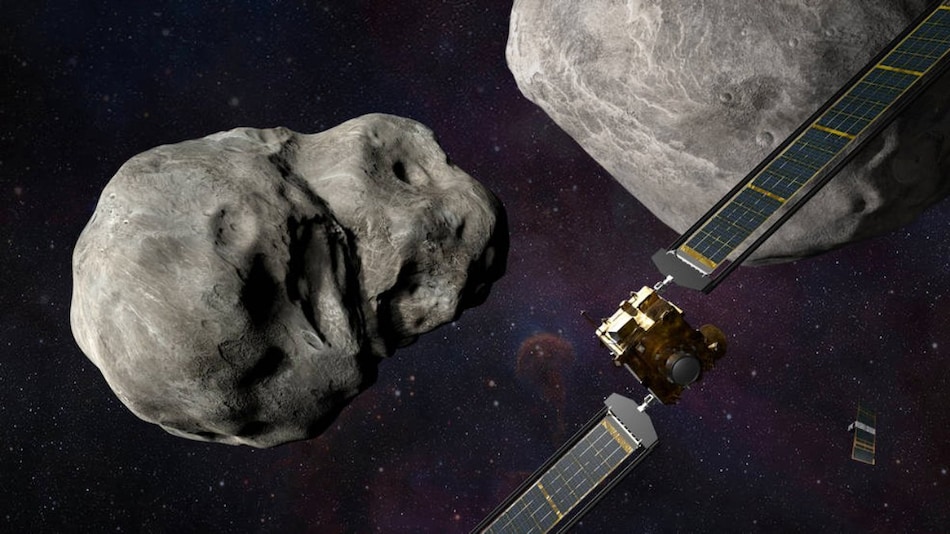 NASA will launch a mission this November to strike an asteroid that may pose a threat to Earth. NASA's Double Asteroid Redirection Test (DART) mission will be launched in order to prevent a hazardous asteroid from striking Earth. The mission is set to launch at 10:20pm PST, November 23 (10:50am IST on the following day). DART will be launched aboard a SpaceX Falcon 9 rocket from Vandenberg Space Force Base in California, US. The launch will be covered live and will be aired on NASA TV, the NASA app and its website. The space agency has also called for media coverage of the event.

DART will be NASA's first demonstration of the kinetic impactor technique, where one or more high-speed aircraft are sent to intercept the path of an approaching near-Earth object, the agency said in a press release. This interception could change the trajectory of the object and hence prevent a collision. DART is a planetary defence-driven test of technologies that will be directed at the binary near-Earth asteroid Didymos.

Didymos is a binary asteroid with two parts. Its primary body is approximately 2,559 feet (780m) across and its secondary body (known as its moonlet) is about 525 feet (160m) in size. The moonlet's size is typical of space objects that are most likely to cause a threat to Earth. The Didymos binary is being currently observed using telescopes on Earth to precisely measure its properties.

After separation from the launch vehicle, DART will cruise for over a year. Then, it will intercept Didymos' moonlet in late September 2022, when the Didymos system will be at a distance of 6.8 million miles (11 million kilometres) from Earth. The kinetic deflection will be achieved as DART deliberately crashes against the moonlet. The crash will take place at a speed of approximately 6.6 km/s.

DART will be aided with an onboard camera (named DRACO) and sophisticated autonomous navigation software. Once launched, DART's Roll Out Solar Arrays (ROSA) will be deployed to provide the machinery with the required solar power needed for its electric propulsion system.

DART's collision with the moonlet will change the near-Earth object's speed in its orbit around the primary asteroid body by only a fraction of one percent. But the moonlet's orbital period will change by several minutes. This will allow enough time for scientists to observe and measure the event through telescopes on Earth.