SpaceX is developing a capsule under NASA's commercial crew programme. 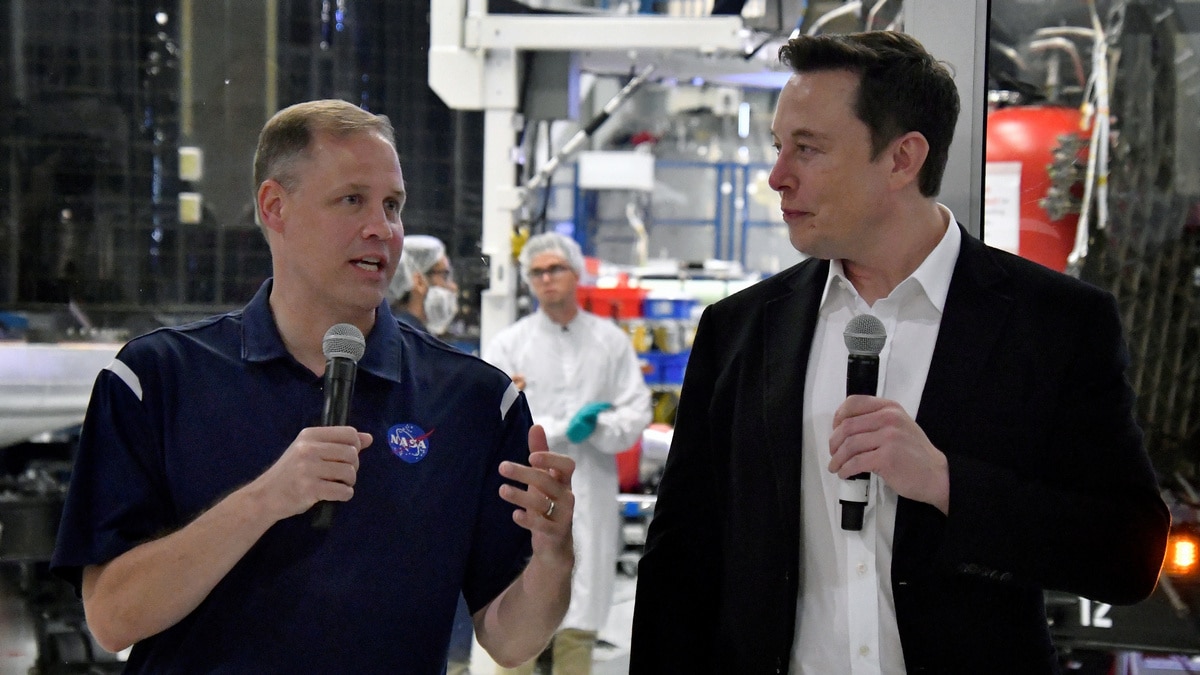 NASA Administrator Jim Bridenstine said Thursday that a recent Twitter statement critical of SpaceX was a signal to all the space agency's contractors about realistic development timelines.

Bridenstine addressed the issue during a press conference with SpaceX founder Elon Musk after touring the company's headquarters in Hawthorne, California.

Bridenstine said NASA has programs that have been in development for years.

"What we're trying to do is get back to a day where we have realistic cost and schedules. So I was signalling — and I haven't done it just to SpaceX but to all of our contractors — that we need more realism built into the development timelines," he said.

SpaceX is developing a capsule under NASA's commercial crew program to launch astronauts to the international space station so that the US does not have to rely on Russian rockets and spacecraft.

But last month Musk staged a big event to show off a prototype of an unrelated rocket he calls the Starship.

Bridenstine tweeted ahead of time that the commercial crew program is years behind schedule and NASA "expects to see the same level of enthusiasm focused on the investments of the American people. It's time to deliver."

Musk responded during his Starship reveal that SpaceX resources are overwhelmingly focused on the Dragon crew capsule and the Falcon rocket that will launch it.

During the press conference, Musk said SpaceX was within 1 percent of the commercial crew program budget.

"The NASA request for commercial crew for several years was substantially reduced by Congress, I think in some cases by 50 percent," Musk said. "It's pretty hard to stay on schedule if you've got half as much money, but we didn't spend more money, it just took longer."

Boeing is also developing a capsule called Starliner under the commercial crew program.