Most Earth-Like Planets Have Yet to Be Born: Study 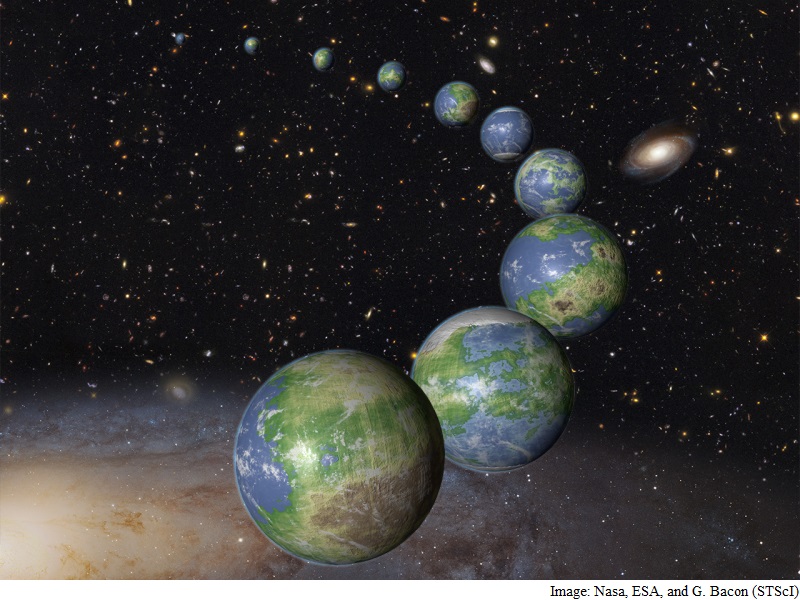 There should at least be one billion Earth-sized worlds in the Milky Way galaxy at present, scientists have theorised, adding that in the entire universe, bulk of life-supporting planets -- 92 percent - are yet to be born.

Based on the data collected by Nasa's Hubble Space Telescope and the prolific planet-hunting Kepler space observatory, researchers report that when our solar system was born 4.6 billion years ago, only eight percent of the potentially habitable planets that will ever form in the universe existed.

The party will not be over when the sun burns out in another six billion years.

"Our main motivation was understanding the Earth's place in the context of the rest of the universe. Compared to all the planets that will ever form in the universe, the Earth is actually quite early," explained study author Peter Behroozi of the Space Telescope Science Institute (STScI) in Baltimore, Maryland.

A good portion of these Earth-like worlds is presumed to be rocky.

The Hubble data shows that the universe was making stars at a fast rate 10 billion years ago, but the fraction of the universe's hydrogen and helium gas that was involved was very low.

Today, star birth is happening at a much slower rate than long ago, but there is so much leftover gas available that the universe will keep cooking up stars and planets for a very long time to come.

"There is enough remaining material (after the big bang) to produce even more planets in the future, in the Milky Way and beyond," added co-investigator Molly Peeples of STScI.

Based on Kepler's planet survey, scientists predict that there should be one billion Earth-sized worlds in the Milky Way galaxy at present.

This leaves plenty of opportunity for untold more Earth-sized planets in the habitable zone to arise in the future.

The last star is not expected to burn out until 100 trillion years from now.

That is plenty of time for literally anything to happen on the planet landscape.

Future Earths are more likely to appear inside giant galaxy clusters and also in dwarf galaxies, which have yet to use up all their gas for building stars and accompanying planetary systems.

A big advantage to our civilization arising early in the evolution of the universe is our being able to use powerful telescopes like Hubble to trace our lineage from the big bang through the early evolution of galaxies.

Any far-future civilisations that might arise will be largely clueless as to how or if the universe began and evolved.

The results appeared in the journal Monthly Notices of the Royal Astronomical Society.

Now Watch Xbox One and PC Twitch Streams on Your PS4
Samsung Galaxy On5, Galaxy On7 Listed on Company Site