A privately owned company plans to use robotic spacecraft to launch a series of commercial missions to the moon, some 45 years after NASA's last lunar landing, officials said on Wednesday.

Cape Canaveral, Florida-based Moon Express is developing a fleet of low-cost robotic spacecraft that can be assembled like Legos to handle increasingly complex missions, founder and Chief Executive Officer Bob Richards said in an interview.

The initial spacecraft, known as MX-1E, is slated to fly before the end of the year aboard a Rocket Lab Electron booster, which launches from New Zealand. Moon Express hopes the endeavor will clinch a $20 million prize from Google, but Richards said the win was not essential.

Moon Express has raised more than $45 million from private investors to build its first spacecraft and buy launch services.

"The Google Lunar X Prize ... is icing on the cake," Richards said.

Google is offering a top prize of $20 million (roughly Rs. 128 crores) for the first privately funded team to land a spacecraft on the moon; have it fly, drive or hop at least 1,640 feet (500 meters) and relay pictures and video back to Earth. The second prize is $5 million.

Contenders have until Dec. 31 to launch their spaceships.

Google also is offering bonus money for other milestones, such as traveling 5 km (3.1 miles), touching down near an Apollo landing site or finding evidence of water.

Richards presented the spacecraft design in Washington on Wednesday. 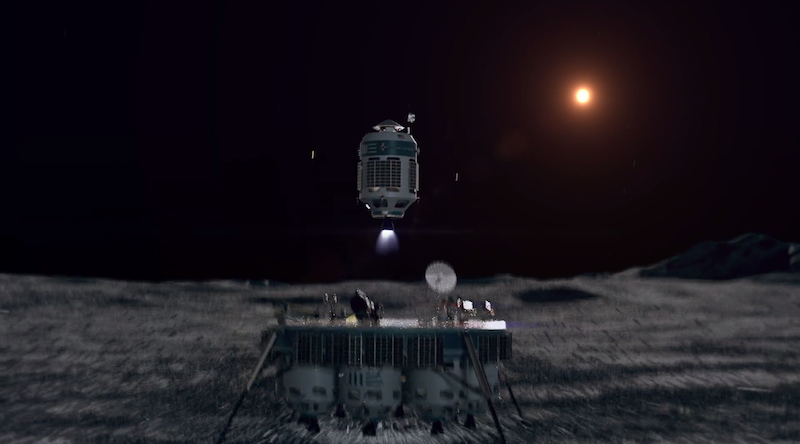 Besides vying for the X Prize, Moon Express will fly science equipment and payloads for at least three paying customers, including Houston-based Celestis, which offers memorial spaceflights for cremated remains.

Richards said the company would pay for the initial mission, with customers funding subsequent ones.

The company plans to set up a permanent robot-operated base on the moon's south pole to prospect for water and other materials. By 2020, Moon Express expects to return lunar samples to Earth for research and commercial sale.

The MX series of spacecraft also can be scaled up for travel to other destinations, such as the moons of Mars. The company expects to complete the first spacecraft in September.