Microsoft Researchers in India, US Embedding AI Into Tiny Devices 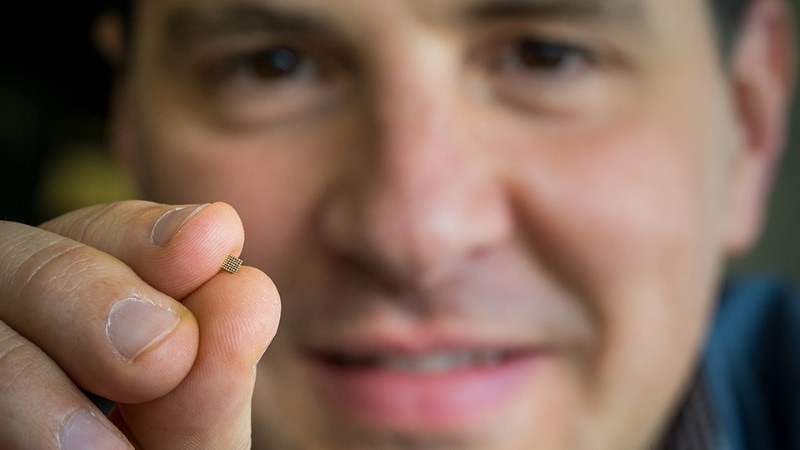 A team of 30 researchers at Microsoft labs in Redmond and Benguluru are busy developing a new class of machine-learning software and tools to embed artificial intelligence (AI) onto bread-crumb size computer processors.

The project is part of a paradigm shift within the technology industry that Microsoft CEO Satya Nadella described recently, by saying that "We're moving from what is today's mobile-first, cloud-first world to a new world that is going to be made up of an intelligent cloud and intelligent edge".

"Creating the intelligent edge is a step toward realising the promise of a world populated with tiny intelligent devices at every turn - embedded in our clothes, scattered around our homes and offices," said John Roach, a world-renowned expert in AI and machine learning, in a Microsoft blog post.

The researchers imagine all sorts of intelligent devices that could be created, from smart soil-moisture sensors deployed for precision irrigation on remote farms to brain implants that warn users of impending seizures so that they can get to a safe place and call a caregiver.

The computer scientists and software engineers are taking top-down and bottom-up approaches to the challenge of deploying machine-learning models onto resource-constrained devices.

The top-down approach involves developing algorithms that compress machine-learning models trained for the cloud to run efficiently on devices such as the Raspberry Pi 3 and Raspberry Pi Zero.

The intelligent devices are part of the so-called Internet of Things, or IoT, except that these things are intended to be smart, or intelligent, even without an Internet connection.

"The dominant paradigm is that these devices are dumb. They sense their environment and transmit their sensor readings to the cloud where all of the machine learning happens. Unfortunately, this paradigm does not address a number of critical scenarios that we think can transform the world," said Manik Varma, Senior Researcher with Microsoft Research India and a co-leader of the project.

The researchers are working on systems that can run machine learning algorithms on microcontrollers.

"The intelligent devices are part of the so-called Internet of Things, or IoT, except that these things are intended to be smart, or intelligent, even without an Internet connection," the blog post added.

The drive to embed AI on tiny devices is part of a broader initiative within Microsoft's research organisation to envision technologies that could be pervasive a decade from now.