Methane Found on Mars, Indicates Life May Once Have Existed There: Nasa 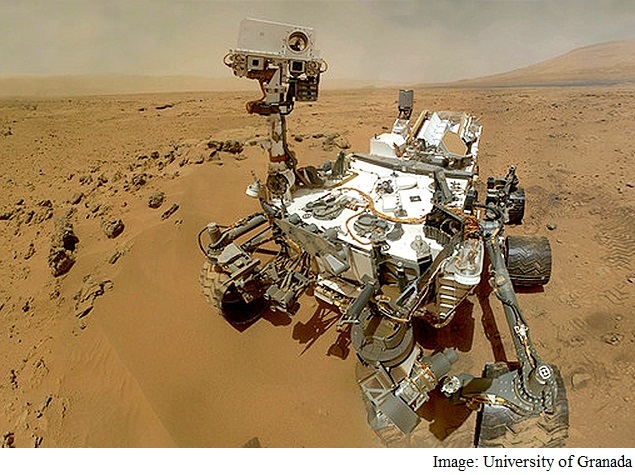 After an exhaustive analysis of data obtained during 605 Martian days, Nasa's Curiosity rover has confirmed the presence of methane on Mars environment which may hint that life once existed on the Red Planet.

The tunable laser spectrometer in the SAM (Sample Analysis at Mars) instrument of the Curiosity rover has unequivocally detected an episodic increase in the concentration of methane in Mars' atmosphere.

This puts an end to the long controversy on the presence of methane in Mars, which started over a decade ago when this gas was first detected with telescopes from the Earth, the authors from the Mars Science Laboratory (MSL) reported.

Since methane can be the product of biological activity - practically all the existing methane in the Earth's atmosphere originates in this way - this has created great expectations that Martian methane could also be of a similar origin.

"It is a finding that puts paid to the question of the presence of methane in the Martian atmosphere but it does pose some other more complex and far-reaching questions, such as the nature of its sources," said study co-author Francisco Javier Martin-Torres from the Andalusian Institute of Earth Sciences (CSIC-UGR) at the University of Granada, Spain.

"The sources, we believe, must lie in one or two additional sources that were not originally contemplated in the models used so far. Among these sources, we must not rule out biological methanogenesis," he added.

According to some current models, if there really existed methane in Mars, it would remain there for an average 300 years and during this period, it would be homogeneously distributed across the atmosphere.

SAM has been detecting basal levels of methane concentration and has confirmed an event of episodic increase of up to 10 times this value during a period of 60 Martian days.

The new data are based on observations during almost one Martian year (almost two Earth years), included in the initial prediction for the duration of the mission (nominal mission), during which Curiosity has surveyed about 8 kms in the basin of the Gale crater.

The newly arrived MAVEN (Mars Atmosphere and Volatile Evolution) from Nasa will provide continuity for the study of this subject, the US space agency said in a statement.

In the near future, the Trace Gas Orbiter (TGO), jointly developed by the European Space Agency (ESA) and the Russian Space Agency (Ruscosmos) will measure the concentration of methane on Mars at a larger scale.

The paper was published in the journal Science.