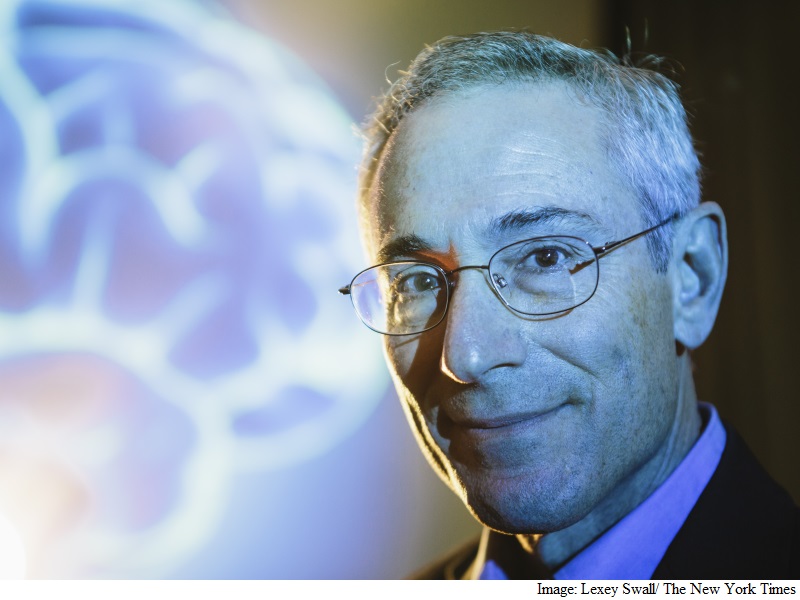 Dr. Thomas R. Insel, director of the National Institute of Mental Health, announced Tuesday that he planned to step down in November, ending his 13-year tenure at the helm of the world's leading funder of behavioural-health research to join Google Life Sciences, which seeks to develop technologies for early detection and treatment of health problems.

The announcement is no small personnel matter for the behavioural sciences.

Losing Insel leaves the agency - which is growing in importance and visibility in the wake of the Obama administration's brain initiative - with a large hole, mental health experts in and out of government said. Insel has been an agreeable, determined, politically shrewd presence at an agency that has often taken fire from advocacy groups, politicians and scientists.

In hiring him, Google, which is in the process of reorganizing into a new company called Alphabet, lands a first-rate research scientist and administrator with an exhaustive knowledge of brain and behavioural sciences. He has also recruited some of the top researchers into the brain sciences from other fields.

"Tom's leaving is a great loss for all of us," said Dr. E. Fuller Torrey, the executive director of the Stanley Medical Research Institute, a nonprofit that supports research into severe mental illnesses. "He refocused NIMH on its primary mission - research on the causes and better treatments for individuals with serious mental illness."

Dr. Francis S. Collins, the director of the National Institutes of Health, appointed Bruce Cuthbert as acting director of the agency while he looks for a replacement. Cuthbert, who has held leadership positions within the NIMH, has made it clear he would prefer to continue work on initiatives within the agency, rather than run it, the agency said.

In an interview, Collins said he planned to fill the position as quickly as he could, "but realistically that means six months at minimum, and maybe not until next summer." He said he would appoint a search committee, made up of institute directors and outside experts, and would consult Insel closely. He said that he and Insel agreed in broad terms about the direction of the agency but that the search "would not be about zeroing in on a clone of Tom; there are others out there who will have a slightly different view and that's fine."

Insel's jump to the private sector represents a clear shift in his thinking,

A brain scientist who made his name studying the biology of attraction and pair bonding, Insel took over the NIMH in 2002 and steered funding toward the most severe mental disorders, like schizophrenia, and into basic biological studies, at the expense of psychosocial research, like new talk therapies. His critics - and there were plenty - often noted that biological psychiatry had contributed nothing useful yet to diagnosis or treatment and that Insel's commitment to basic science had uncertain payoffs.

"The basic science findings are fascinating but have failed so far to provide clinically meaningful help to a single patient," said Dr. Allen James Frances, an emeritus professor of psychiatry at Duke University. "Meanwhile, we neglect 600,000 of the severely ill, allowing them to languish in prison or on the street because treatment and housing are shamefully underfunded."

In his new job, Insel will do an about-face of sorts, turning back to the psychosocial realm, only this time with a new set of tools. One project he has thought about is detecting psychosis early, using language analytics - algorithms that show promise in picking up the semantic signature of the disorganized thinking characteristic of psychosis.

"The average duration of untreated psychosis in the U.S. is 74 weeks, which is outrageous, completely unacceptable," he said in an interview. "I think it's not unreasonable, with data analytics - Google's sweet spot - to get that down to seven weeks, by 2020."

Moment-to-moment mental tracking has also become a commercial reality, he said, and that technology could help identify, and more precisely address, the sources of depression and anxiety, including social interactions or sleep disruption. "The idea is to use the power of data analytics to make behavioural studies much more objective than they have been before," he said.

Google Life Sciences is already developing a contact lens that tracks glucose levels for diabetes management, and a heart activity monitor worn on the wrist. Insel's ideas for mood and language tracking are, for now, just that - ideas. The company has not yet decided on where first to invest in mental health.

When he steps down in November, Insel, 63, will have been the longest-serving director of NIMH since Dr. Robert H. Felix, the agency's founder, who left in 1964. Insel's tenure spanned four presidential terms, during which he honed an easygoing political persona and an independent vision of the agency's direction. He was, especially in recent years, outspoken in defense of his methodologies, at one point publicly criticizing establishment psychiatry for its system of diagnosis, which relies on observing behaviors and not any biological markers.

US the Best Partner for 'Make in India' Initiative, Says Official
GTA Online Updated, PS4 and Xbox One Versions Get Rockstar Editor