Mars Closest to Earth in 15 Years Today: Where & How to Watch Live in India

Mars will be closest to the Earth in a decade and a half today, on the night of July 31, 2018. The Earth will have the Red Planet and the Sun on either side, with the three celestial bodies in a straight line. Though the two planets will be at closest distances to each other, they will still be 57.6 million km apart. This will be the closest distance between Mars and Earth till October 2020, but the Red Planet’s visibility as good as today's only every 15-17 years. Those who were watching the lunar eclipse on July 27 must have noticed Mars in the sky too, as the planet was easily visible a few degrees below our natural satellite. We should be able to see Mars till September but it will appear smaller each passing day as it leaves the orbit closer to the Earth.

Mars closest to Earth in 15 years

Though Mars is closest to the Earth in 15 years is a phenomenon for our generation, it is nowhere as big a deal as it was in 2003. Back then, Mars and Earth were ‘just’ 56 million km apart - a feat phenomenon that had not occurred in 60,000 years and will not happen again till the year 2287, as per NASA estimates. 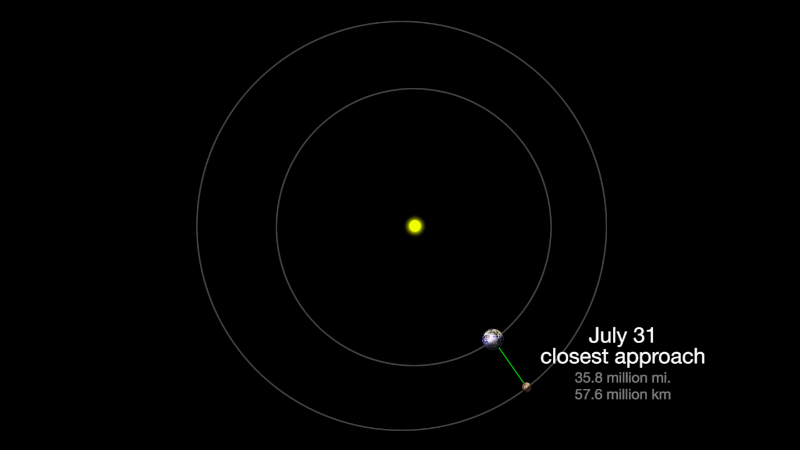 So why does this happen?
Like all other planets, Earth and Mars have elliptical orbits, meaning oval in shape. The perihelic opposition happens when Mars is at the nearest point to the Sun in its orbit, which happened on July 27 in 2018 - the night of the lunar eclipse. At that time, the gap between the two planets was greater than it will be tomorrow. But it must be noted that Mars closest to the Earth does not mean it will be at its brightest too. In fact, the planet's best visibility is estimated to be from July 27 to July 30, meaning you still have tonight to experience a sight you wont get for at least another 15 years. 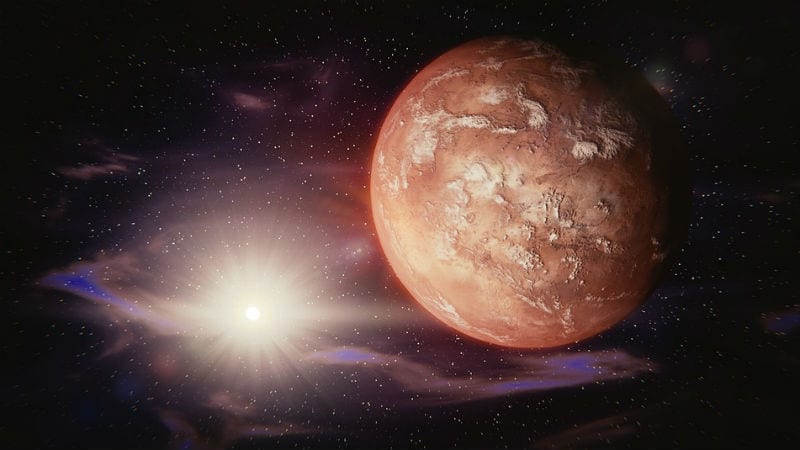 Mars will be closest to Earth on July 31, 2018 after crossing the nearest point in its orbit to the Sun

Where to watch Mars closest to Earth in India

The best place to watch Mars in closest position to Earth is in the Southern Hemisphere, which means India is not in the best location for this celestial phenomenon. However, visibility will not be too bad as it is estimated that the planet will be easily visible from all parts of India, just not as well as it would be from Australia, South Africa or countries in South America. You will need a telescope with a large lens (6- to 8-inch in size) to be able to see the planet, and even then the clouds may obstruct your view.

If you want to watch online Mars closest to Earth, you can also view the phenomenon on a YouTube live stream. NASA’s Griffith Observatory is hosting a live stream of the event tomorrow, which you can start by hitting the play button below:

With Mars in closest position to Earth in a long time, you should be able to see it starting sunset and have the view until sunrise. It will be brighter than the gas giant Jupiter and as bright as Saturn in the night sky.

Mars Closest to Earth in 15 Years Today: Where & How to Watch Live in India
Comment
Read in: हिंदी বাংলা தமிழ்