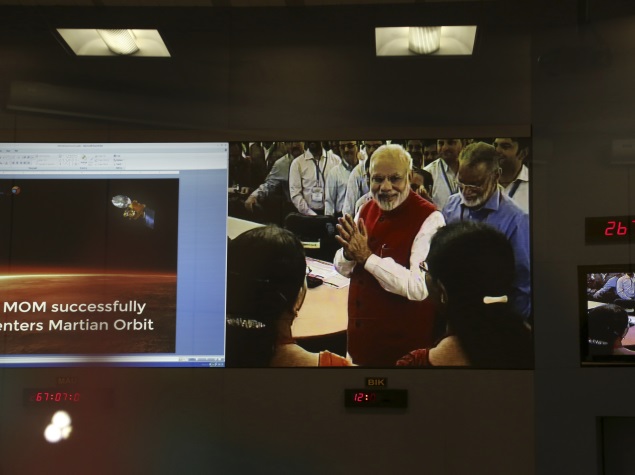 Five scientific instruments onboard the Indian spacecraft will explore Mars during the next six months in search of life-sustaining elements on the Red Planet.

"Though our spacecraft will take 77 hours or 3.2 earth days for each rotation around Mars at a distance of 500 km nearest and over 80,000 km farthest from its surface, it will conduct experiments to study its surface and rich mineral composition and scan its atmosphere for methane gas to find out if the planet can support life," a senior space official told IANS Bangalore Wednesday.

"The Orbiter has three solar panels for generating energy and three antennas (high, medium and lower) for radio links with earth stations and deep space networks," the official added.

"The MCC will also supply images of the Red Planet's two moons - Phobos and Deimos," the official said.

Second instrument - Methane Sensor (MS)- will look for the methane gas in the Martian atmosphere, as its presence may indicate whether life can be supported or sustained on the planet.

Fourth instrument - Lyman Alpha Photometer (LAP)- will measure relative abundance of two isotopes of hydrogen to understand the process by which Mars has been losing its atmosphere and turning into a dry planet from a wet one.

Lastly, the fifth instrument - Thermal Infrared Imagery Spectrometer (TIIS) - will map the surface temperature to understand the composition and mineralogy of Mars.