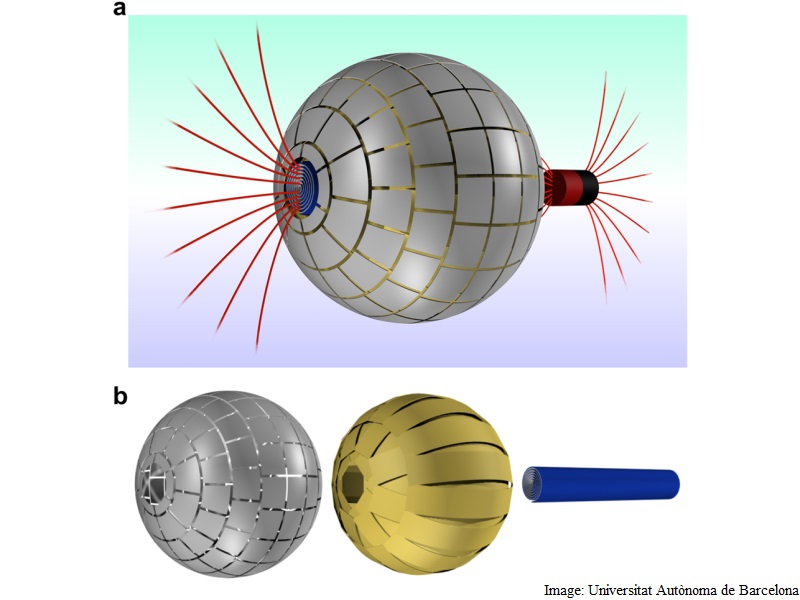 Spanish scientists have created in a lab the first experimental "wormhole" that can magnetically connect two regions of space.

It comprises a tunnel that transfers the magnetic field from one point to the other while keeping it undetectable all the way.

"Wormholes" are cosmic tunnels that can connect two distant regions of the universe.

These have been popularised by the dissemination of theoretical physics and by sci-fi films like Stargate, Star Trek and Interstellar.

Using present-day technology, it would be impossible to create a gravitational wormhole as the field would have to be manipulated with huge amounts of gravitational energy, which no one yet knows how to generate.

In electromagnetism, however, advances in metamaterials and invisibility have allowed researchers from the department of physics at the Universitat Autonoma de Barcelona put forward several designs to achieve this.

The researchers used metamaterials and metasurfaces to build the tunnel experimentally so that the magnetic field from a source, such as a magnet or a an electromagnet, appears at the other end of the 'wormhole' as an isolated magnetic monopole.

The overall effect is that of a magnetic field that appears to travel from one point to another through a dimension that lies outside the conventional three dimensions.

The magnetic wormhole is an analogy of gravitational ones, as it "changes the topology of space, as if the inner region has been magnetically erased from space," explained lead researcher Alvar Sanchez.