LIGO's Twin Black Holes May Have Been Born Inside Single Star 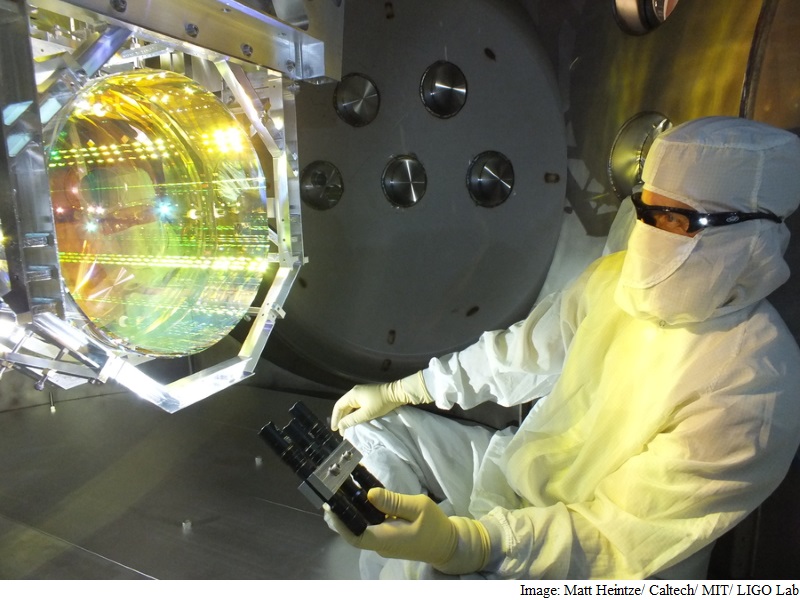 Adding a new dimension to the historic gravitational waves discovery, new research suggests that the two black holes in focus may have resided inside a single, massive star whose death generated the gamma-ray burst.

On September 14 last year, the Laser Interferometer Gravitational-wave Observatory (LIGO) in the US detected gravitational waves from the merger of two black holes 29 and 36 times the mass of the Sun.

Such an event is expected to be dark but the space observatory Fermi Gamma Ray Space Telescope in low-Earth orbit detected a gamma-ray burst just a fraction of a second after LIGO's signal.

"It is the cosmic equivalent of a pregnant woman carrying twins inside her belly," said astrophysicist Avi Loeb from the Harvard-Smithsonian Center for Astrophysics (CfA).

Fermi detected the burst just 0.4 seconds after LIGO detected gravitational waves, and from the same general area of the sky. However, the European INTEGRAL gamma-ray satellite did not confirm the signal.

"Even if the Fermi detection is a false alarm, future LIGO events should be monitored for accompanying light irrespective of whether they originate from black hole mergers. Nature can always surprise us," Loeb added in a paper that is forthcoming in the Astrophysical Journal Letters.

Normally, when a massive star reaches the end of its life, its core collapses into a single black hole.

But if the star was spinning very rapidly, its core might stretch into a dumbbell shape and fragment into two clumps, each forming its own black hole.

After the black hole pair formed, the star's outer envelope rushed inward toward them.

In order to power both the gravitational wave event and the gamma-ray burst, the twin black holes must have been born close together, with an initial separation of the size of the Earth, and merged within minutes.

If more gamma-ray bursts are detected from gravitational wave events, they will offer a promising new method of measuring cosmic distances and the expansion of the universe.

By spotting the after glow of a gamma-ray burst and measuring its redshift, then comparing it to the independent distance measurement from LIGO, astronomers can precisely constrain the cosmological parameters.

If history is any guide, "the 'multi-messenger' approach advocated by Loeb, using both gravitational waves and electromagnetic radiation, again promises deeper insight into the physical nature of the remarkable LIGO source," explained Volker Bromm from the University of Texas at Austin.