Leonard Comet to Fly Past Earth on December 12, Likely to Be Very Bright

The comet, also known as C/2021 A1, will appear brighter as it nears Earth’s horizon during its flyby. 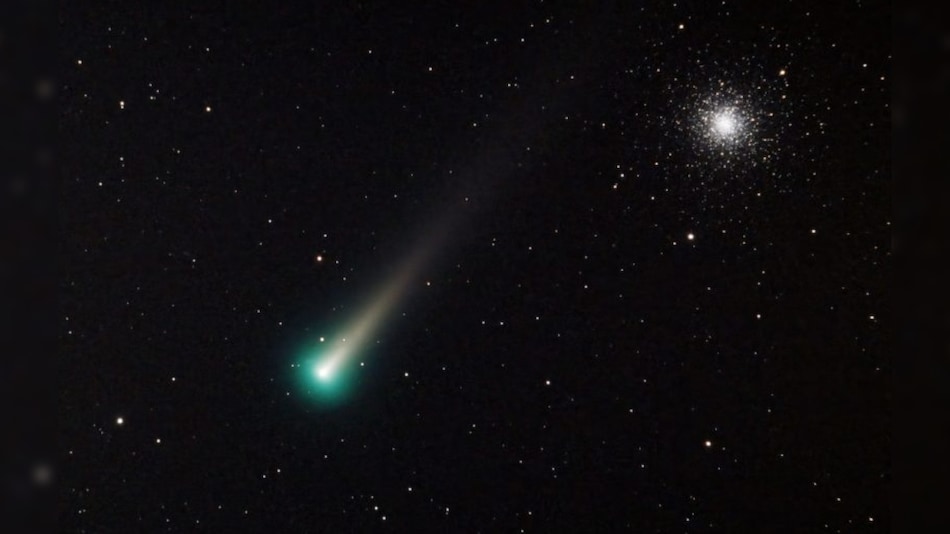 The Leonard comet spotted on December 3, 2021

A comet is expected to fly past Earth next week during its journey through our Solar System towards the Sun. The comet, named Leonard after the astronomer Gregory Leonard, who discovered it earlier this year, is likely to be bright when it makes its closest approach to Earth on December 12. In fact, the comet is still visible in the sky in the east, before sunrise. Stargazers can spot it between the Big Dipper's handle and Arcturus, one of the brightest stars seen from Earth.

NASA says the comet, also known as C/2021 A1, will appear brighter as it nears Earth's horizon during its flyby. This will make it difficult for stargazers to view it. However, after the close encounter on December 12, the comet will be visible in the evening sky, especially right after sunset, around December 14, says the space agency.

Despite being one of the brightest comets to pass by Earth, it will be tricky to view without a telescope or other such tools. Also, Leonard will start appearing less bright as it moves away from us. EarthSky says Leonard is currently heading toward its perihelion — which is the closest point to the Sun. It will reach there on January 3 next year, meaning the comet will be at the closest point from the centre of the solar system on this day. Comets are typically brightest around perihelion.

Even when the comet is closest to Earth, it would not be particularly close. On December 12, Leonard will be 34 million kilometres away from us. At its perihelion on January 3, it will be at a distance of about 90 million kilometres from the Sun.

“Comets are notoriously difficult to predict in terms of brightness and visibility,” NASA says, adding that Leonard may require binoculars to be spotted. There's a possibility it could be bright enough to be visible by the unaided eye.