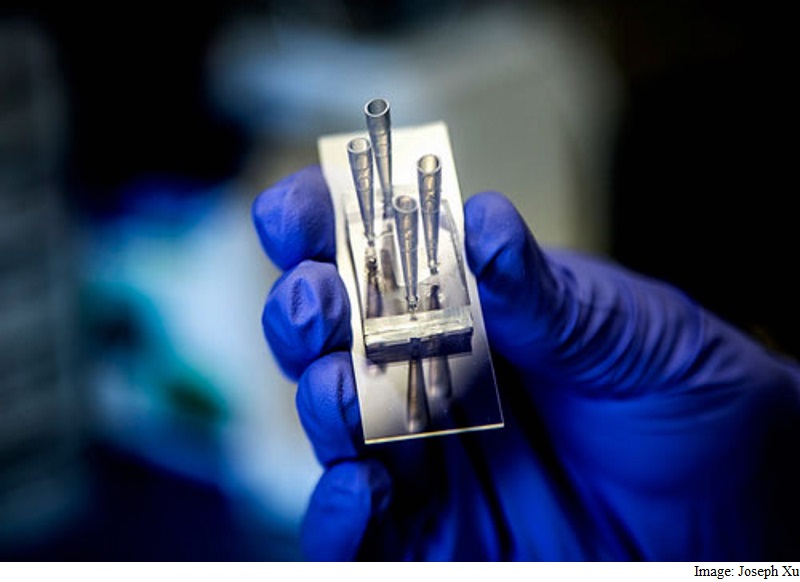 Using a "kidney on a chip" device that mimics the flow of medication through human kidneys and measure its effect on the ongan's cells can lead to safer drug dosing which is particularly critical for patients in intensive care units (ICUs), says a study.

"When you administer a drug, its concentration goes up quickly and it's gradually filtered out as it flows through the kidneys," said one of the researchers Shuichi Takayama, professor at University of Michigan in the US.

"A kidney on a chip enables us to simulate that filtering process, providing a much more accurate way to study how medications behave in the body," Takayama noted.

Precise dosing in intensive care units is critical, as up to two-thirds of patients in the ICU experience serious kidney injury.

Medications contribute to this injury in more than 20 percent of cases, largely because many intensive care drugs are potentially dangerous to the kidneys.

Determining a safe dosage, however, can be surprisingly difficult. Today, doctors and drug developers rely mainly on animal testing to measure the toxicity of drugs and determine safe doses.

The new technique offers a more accurate way to test medications, closely replicating the environment inside a human kidney.

It uses a microfluidic chip device to deliver a precise flow of medication across cultured kidney cells.

"Even the same dose of the same drug can have very different effects on the kidneys and other organs, depending on how it's administered," Sejoong Kim, associate professor at Seoul National University Bundang Hospital in South Korea.

In the study, the team tested their approach by comparing two different dosing regimens for gentamicin, an antibiotic that is commonly used in intensive care units.

They found that a once-daily dose of the medication is significantly less harmful than a continuous infusion - even though both cases ultimately delivered the same dose of medication.

The findings appeared in the journal Biofabrication.