Kepler-1649c was found by scientists while looking through old observations by Kepler telescope. 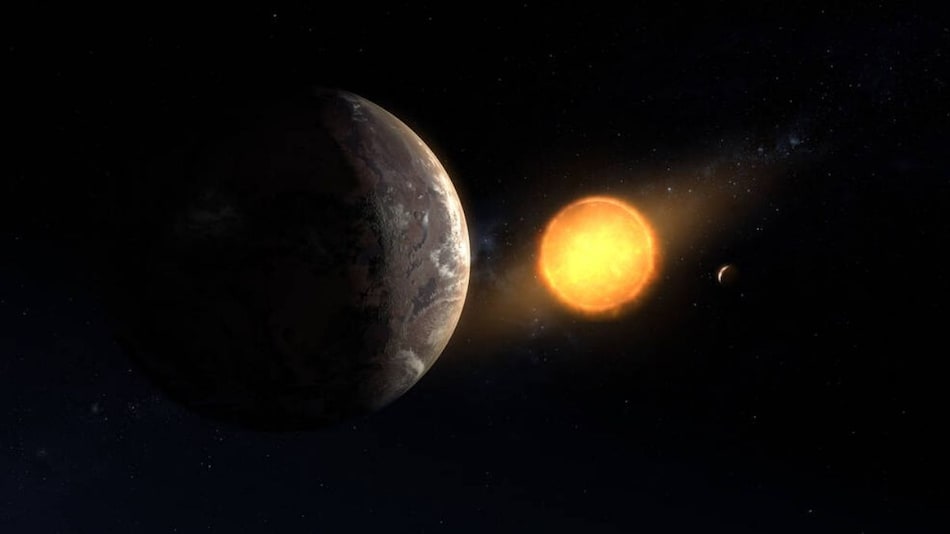 The newly discovered Kepler-1649c is orbiting a dwarf star

NASA on Wednesday announced the discovery of an Earth-like planet, Kepler-1649c, orbiting in its star's habitable zone by scientists using old observations from Kepler space telescope. The habitable zone is an area around a star where a planet could support water in its liquid form. The newly discovered exoplanet is only 1.06 times larger than the Earth. The amount of starlight received by this planet from its “red dwarf” star is 75 percent of the amount of light Earth receives from the Sun. This means that the newly discovered planet's temperature may be similar to our planet's.

Kepler-1649c is situated 300 light-years away from the Earth and is most similar to Earth in size and estimated temperature, according to NASA. The planet was discovered by the scientists while going through old observations made by Kepler telescope. It was earlier misidentified during a search using computer algorithms, But while relooking at the data, the scientists found this planet. Kepler space telescope was retired after it ran out of fuel in 2018.

"This intriguing, distant world gives us even greater hope that a second Earth lies among the stars, waiting to be found," said Thomas Zurbuchen, associate administrator of NASA's Science Mission Directorate.

A lot of details about the planet are yet to be known. The atmosphere on the planet, that affects the temperature, remains a mystery. There are other exoplanets that are similar to our Earth in either temperature or in size, but Kepler-1649c comes the closest to earth when it comes to both these parameters. It orbits its star so closely that a year there is equivalent to only 19.5 Earth days.

With the continuous efforts by the scientists, it is expected that more details around this planet and other exoplanets in the habitable zone of a star will be found, raising the possibility of finding existing life beyond our Earth.