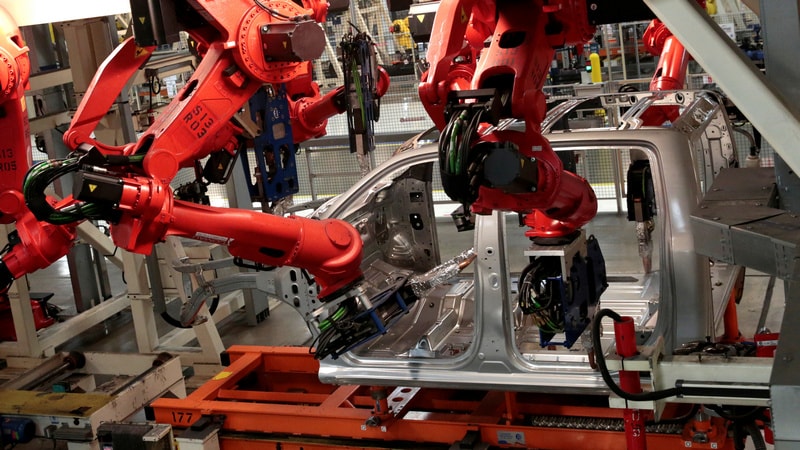 Governments must ensure the global economy keeps providing decent jobs - and not just for robots, a global commission set up by the International Labour Organisation said on Tuesday.

The "Global Commission on the Future of Work", co-chaired by South African President Cyril Ramaphosa and Swedish Prime Minister Stefan Lofven, said in a report that governments, employers and unions needed to adapt to revolutionary changes in the world of work.

"In short, the future of our societies depends on how we deal with the challenges and opportunities related to the world of work, we need to reorient policies as well as actions to deliver a human-centred agenda, which is what this report basically focuses on," Ramaphosa told a news conference.

Among the commission's recommendations was the establishment of an international governance system for digital labour platforms to ensure technology supports, rather than supplants, decent work.

To illustrate that such an international labour code was workable, Ramaphosa and ILO Director-General Guy Ryder cited the ILO's 2006 Maritime Labour Convention, which set minimum working and living standards for all seafarers working on ships flying the flags of ratifying countries.

The commission, which deliberated for 18 months, proposed other far-reaching reforms to promote decent work, including ending the corporate focus on quarterly financial reporting, investment in lifelong learning and using broader metrics than simple GDP to measure success.

Ryder said the commission had also vigorously discussed the merits of governments providing a universal basic income, but decided against recommending such a step directly.

He said one of the questions raised most often about the future of work is: "Will my job be lost to a robot?" but the commission preferred not to take a binary view of technology in which "it's us or them".

"The future of employment is not going to be determined alone by the autonomous forward march of technology and technologies. It depends on policy," Ryder said.

Depending on policy choices, technology could create positive outcomes for jobs and societies, or lead to what Germany's Chancellor Angela Merkel had called 19th century-style "digital day laborers", he said.

"We have to make the right policy choices to put humans in control of the forward application of technology."

Ramaphosa said robots had cut worker numbers in South Africa's car industry, but he wanted to see jobs in associated industries "mushrooming", which he said could be a win-win situation.

"We are now involved in a real, serious conversation with the automakers about how best we can limit the loss of jobs that continues to ensue as a result of robots being deployed."

More than three million industrial robots will be in use in factories around the world by 2020, according to the International Federation of Robotics.