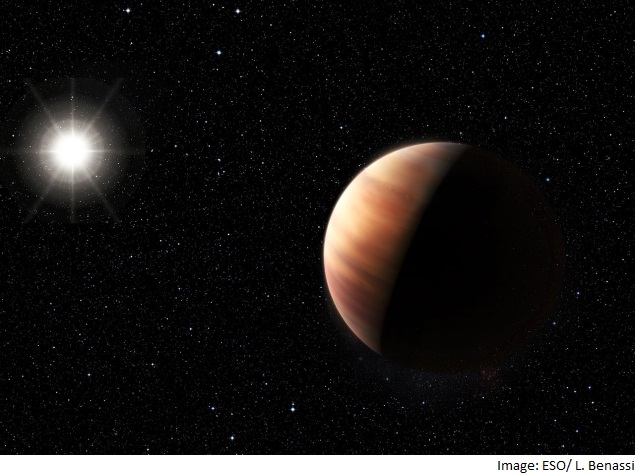 A team of scientists has discovered a planet with a mass very similar to Jupiter, orbiting a Sun-like star at almost the same distance as Jupiter in the constellation Cetus in our Milky Way.

According to the most recent theories, the arrangement of our solar system was made possible by the presence of Jupiter and the gravitational influence this gas giant exerted on the solar system during its formative years.

Finding a twin of Jupiter is an important milestone on the road to finding a planetary system that mirrors our own, the researchers said.

The planet's host, the solar twin named HIP 11915, is not only similar in mass to the Sun but is also about the same age.

To further strengthen the similarities, the composition of the star is found to be similar to our Sun.

"The quest for an Earth 2.0 and a complete solar system 2.0 is one of the most exciting endeavours in astronomy. We are thrilled to be part of this cutting-edge research," said lead researcher Jorge Melendez from the Universidade de Sao Paulo, Brazil.

"This discovery is a sign that other solar systems may be out there waiting to be discovered," added Megan Bedell from University of Chicago in a paper that appeared in the journal Astronomy and Astrophysics.

The discovery was made using High Accuracy Radial Velocity Planet Searcher (Harps), one of the world's most precise planet-hunting instruments at the La Silla Observatory in Chile.

Although many planets similar to Jupiter have been found earlier, this newly discovered planet is the most accurate analogue yet found for the Sun and Jupiter.

"HIP 11915 is the most promising candidate so far to host a planetary system similar to our own," the team said.