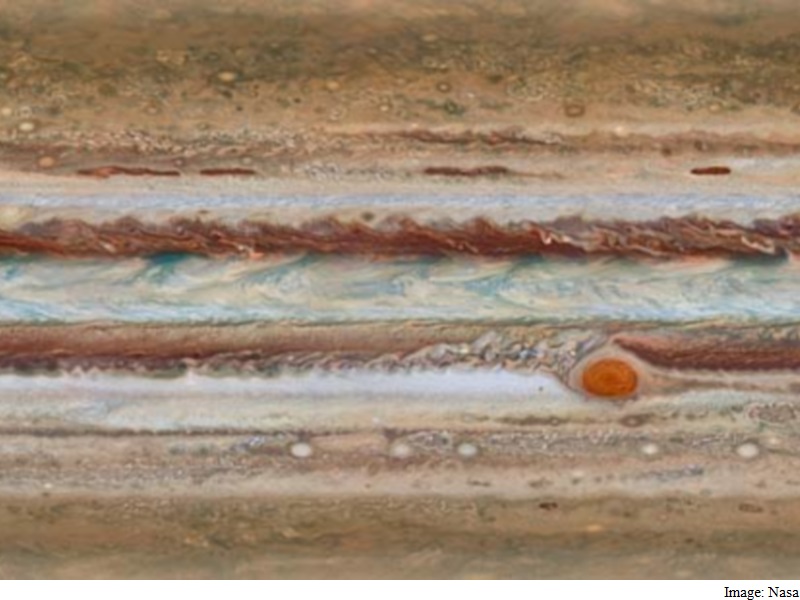 Scientists using Nasa's Hubble Space Telescope have produced new maps of Jupiter that show the continuing changes in its famous Great Red Spot where winds are blowing at 540 km per hour.

The new images confirm that the huge storm, known as the Great Red Spot which has raged on Jupiter for at least 300 years, continues to shrink.

The storm has been decreasing in size at a noticeably faster rate from year to year for some time.

But now, the rate of shrinkage seems to be slowing again, even though the spot is still about 240km smaller than it was in 2014.

"Every time we look at Jupiter, we get tantalising hints that something really exciting is going on. This time is no exception," said Amy Simon, planetary scientist at Nasa's Goddard Space Flight Centre in Greenbelt, Maryland.

The new images confirm that the Great Red Spot continues to shrink and become more circular as it has been doing for years.

The Great Red Spot remains more orange than red these days, and its core, which typically has more intense colour, is less distinct than it used to be.

An unusual wispy filament is seen, spanning almost the entire width of the vortex.

The new image is the first in a series of annual portraits of the Solar System's outer planets which will give people new glimpses of these remote worlds and help scientists to study how they change over time.

In addition to Jupiter, the researchers have observed Neptune and Uranus, and maps of those planets also will be placed in the public archive soon.

Saturn will be added to the series later.

Hubble will dedicate time each year to this special set of observations, called the Outer Planet Atmospheres Legacy programme.

The findings were described in Astrophysical Journal.