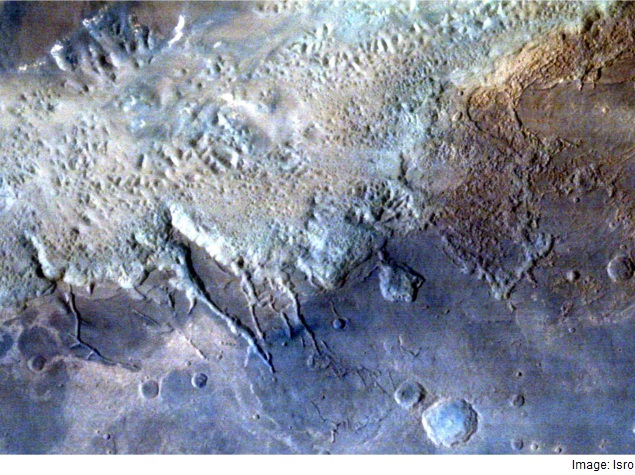 "Our Orbiter spacecraft has survived the blackout in the Martian atmosphere when sun came in between the red planet and the earth and was cut off from us. Coming out of the eclipse phase, it is communicating signals," Indian Space Research Organisation (Isro) chairman A.S. Kiran Kumar told reporters here.

The 1,340 kg spacecraft was under solar conjunction from June 8 when it went behind the sun and away from the earth due to solar eclipse, which occurs once in 26 months over the red planet.

"The Orbiter's communication signals that were disrupted by the sun's corona (outer atmosphere) during the fortnight-long eclipse got activated and its five payloads (scientific instruments) resumed activities after being on autonomous mode," Kiran Kumar said on the margins of a a global conference on "Science for Society" by alumni of the Indian Institute of Science (IISc).

Noting the spacecraft had withstood a crucial phase of nine months after reaching the Martian orbit, he said the Orbiter would continue to spin around the red planet for years as it had saved enough fuel since its November 5, 2013 launch from Sriharikota spaceport.

"Though the Orbiter's initial lifespan was intended to last six months after entering the Martian orbit (on September 24, 2014), it has been extended since March and is likely to survive many years as it is hardly using any fuel," he said.

Lauding the scientists for the mission's success, he said from the Orbiter's launch till its insertion after a 10-month voyage through the inter-planetary space, the mission did not encounter any untoward incident or deviation, which otherwise would have consumed precious fuel though provision was made for such occurrence.

Noting that the mission's objective of exploration would continue till the spacecraft survives, Kumar said the Orbiter had completed about 100 revolutions around the planet and its five experiments had transmitted enormous data to the space agency's deep space network near here.

"As a bonus of its extended life, we will collect more data and information on the seasons on Mars and its images. Our payloads have found out many things during the last six-nine months, which are being validated," he added.

The Orbiter's Mars Colour Camera had transmitted about 400 images of the red planet till date to the space agency's telemetry tracking and command network (Istrac) in the city, while its spectrometer, Lyman Alpha photometer, thermal infrared imaging spectrometer and methane sensor have relayed data of their findings.

India created history by becoming the first country to have a craft enter the Martian orbit in maiden attempt after a nine-month voyage through the inter-planetary space.

It also became the first Asian country to have entered Mars' sphere of influence (gravity) in maiden attempt, as a similar mission by China failed to succeed in 2011.

The Rs. 450 crores Mars mission was launched November 5, 2013 on board a polar rocket. It had 855kg fuel but consumed about 800kg since then for its orbit-raising exercises undertaken during its nine-month long journey and on entering the Martian sphere.

Scientists at the mission control centre here monitor its orbital movement and check health of its instruments round-the- clock.

Orbiter takes 3.2 earth days or 72 hours, 51 minutes and 51 seconds to go around Mars once while orbiting at a distance of 500km nearest and over 80,000km farthest from its surface.