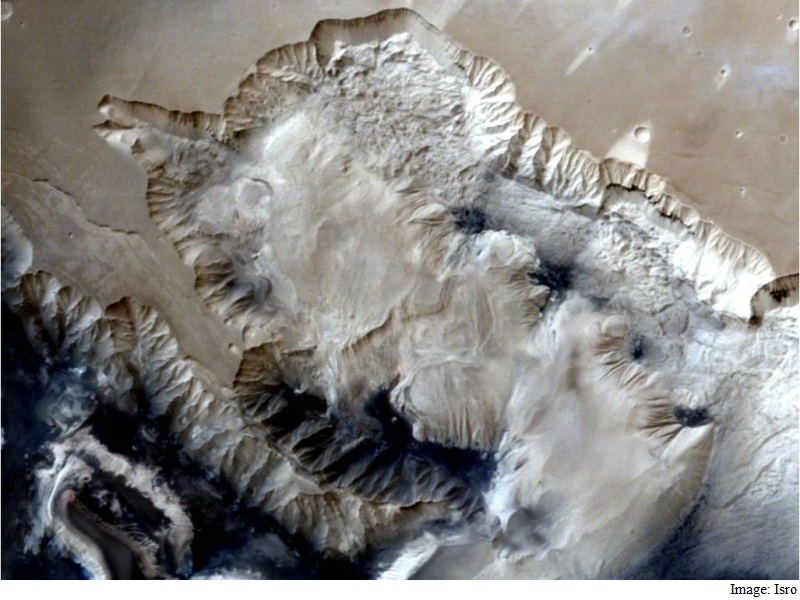 The images taken by Mars Colour Camera (MCC) onboard Mangalyaan reflects the Ophir Chasma terrain, part of the Valles Marineris.

The word chasma has been designated by the International Astronomical Union to refer to an elongate, steep-sided depression.

The walls of the chasma contain many layers and the floors contain large deposits of layered materials.

This images were taken on July 19, 2015 at an altitude of 1, 857 km, the Indian Space Research Organisation said in a statement.

Five active spacecrafts are now orbiting the Red Planet, including Mangalyaan from India.

Nasa earlier this month said due to the high number of spacecraft orbiting Mars, it had no option but to beef up traffic monitoring, communication and manoeuvre planning to ensure that Mars orbiters do not collide with one another.

The newly-enhanced collision-avoidance system from the US space agency accurately warns if two orbiters approach each other too closely.

The new collision-avoidance process also tracks the approximate location of the Nasa's Mars Global Surveyor, a 1997 orbiter that is no longer working.