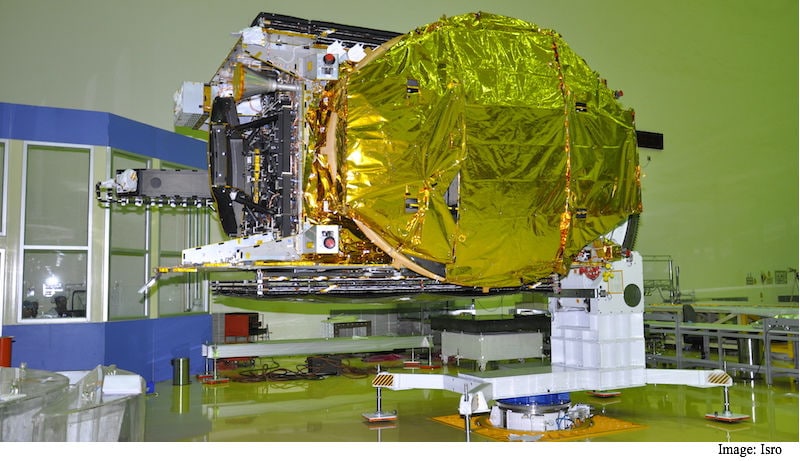 The rocket lifted off from its spaceport in Kourou (French Guiana).

According to Indian Space Research Organisation (Isro) its Master Control Facility (MCF) at Hassan in Karnataka took control of GSAT-18 and performed the initial orbit raising activities by firing the motors onboard the satellite.

The satellite was placed in a circular geostationary orbit, Isro said.

The 3,404 kg satellite will provide services in normal C-band, upper extended C-band and Ku-bands of the frequency spectrum.

The satellite carries Ku-band beacon as well to help in accurately pointing ground antennas towards the satellite.

Its designed in-orbit operational life is about 15 years.

"It is now the fifth time this year that ArianeA5 has performed flawlessly, and this launch celebrates as well its 74th success in a row, now equalling (that of the predecessor) ArianeA4," Arianespace's Chairman Stephane Israel was quoted as saying in a statement issued by the company.

Overall, Arianespace has won 86 percent of all geostationary launch contracts the country has opened to non-Indian launch systems - including those for GSAT-11 and GSAT-17, to be lofted on future missions from the Spaceport in French Guiana, the company said.

Carrying 12 transponders in Ku-band and another 24 in C-band, GSAT-18 will provide telecommunications services for India once in its final orbital position (74 deg. East), strengthening Isro's current fleet of 14 operational satellites.

The Thursday flight was Arianespace's eighth of 11 launches targeted in 2016.

Yahoo Disputes Report on E-Mail Scanning for US Government