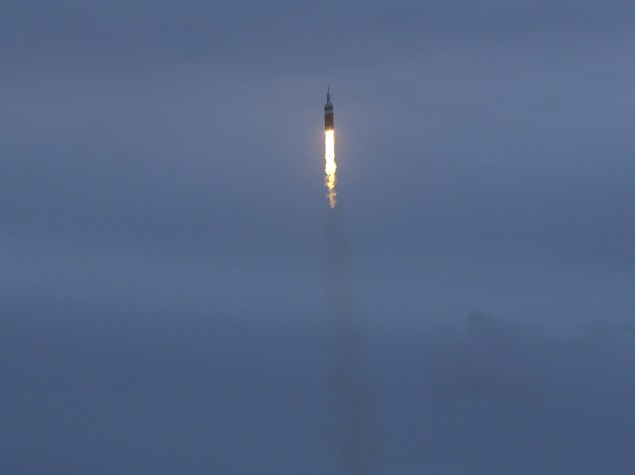 India's advanced communications satellite GSAT-16 was carried into orbit by an European Ariane 5 rocket, that blasted off from the Kourou spaceport in French Guiana Saturday, Arianespace announced.

The Ariane 5 rocket also carried the US telecommunications satellite DIRECTV-14 into orbit.

The launch, which was delayed for two days owing to bad weather, took place at 08.40pm GMT (2:10am IST). This was the sixth launch of its kind so far this year.

The GSAT-16 is equipped with Ku and C-band transponders to boost telecommunication transmissions on the Indian subcontinent, Arianespace said.

The satellite is the 11th among GSAT series and the 24th geostationary communication satellite with a lifespan of 12 years.

The satellite will be placed at 55 degrees east over India in a geostationary orbit, about 36,000km above the earth.

With a total of 168 transponders in the C, extended C and Ku-bands, the INSAT and GSAT series of satellites provide services like telecommunication, television broadcasting, weather forecasting, disaster warning and search and rescue operations.

India uses Ariane rockets to put its heavy communication satellites in geosynchronous transfer orbit (GTO) as it does not have a rocket to carry a three-tonne satellite.

Isro is developing one such rocket called the Geosynchronous Satellite Launch Vehicle-Mark III.

The US satellite DIRECTV-14, which was also carried into orbit by the Ariane 5 rocket, will provide high-definition images to 31 million television viewers in the US and Latin America.