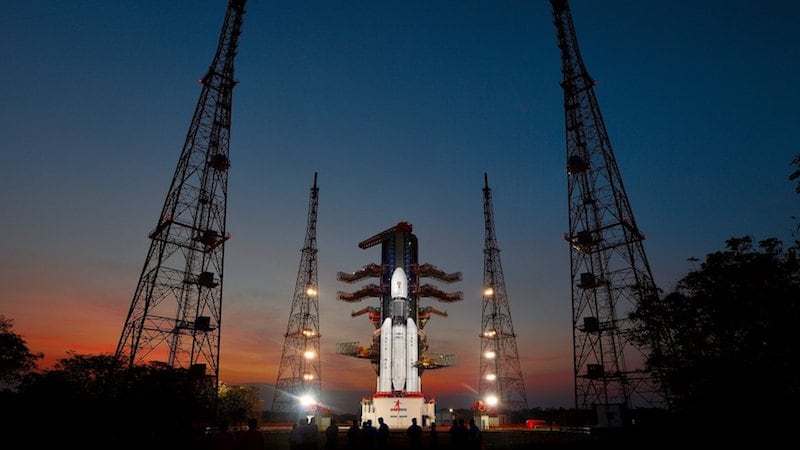 The launch countdown of GSLV-Mk III rocket is progressing smoothly, and the scientists are excited, said a top ISRO official. The GSLV-III, which is carrying a three-tonne communications satellite, is a heavy-duty rocket that is scheduled to go on its maiden voyage on Monday evening. The Geosynchronous Satellite Launch Vehicle-Mark III (GSLV-Mk III) will be launched into space at 5.28pm along with GSAT-19. The countdown began at 3.58pm on Sunday, 25 hours and 30 minutes ahead of the launch.

"The countdown for India's heaviest rocket is progressing smoothly. The process of fuel filling for the cryogenic engine has begun," S. Somanath, Director, Liquid Propulsion Systems Centre, told IANS on Monday. Prior to the launch, a lot of preparatory work was being done, Somanath said.

"The climate is clear. We don't think there will be any problem due to it," he added. "All the scientists are excited to see the systems work precisely. This is a brand new vehicle, so on seeing the system work for the first time, they are all excited. It's like seeing their baby move its hands and legs for the first time.".

The GSLV-Mk III rocket, weighing 640 tonnes and standing 43.43 metres tall, will blast off from the second launch pad at India's rocket port at Satish Dhawan Space Centre in Sriharikota in Andhra Pradesh, around 105 km from here.

It will carry a 3,136-kg GSAT-19 communications satellite - the heaviest to be lifted by an Indian rocket till date - to an altitude of around 179 km above the Earth after just over 16 minutes into the flight.

On June 2, the Mission Readiness Review Committee and Launch Authorisation Board had cleared the countdown for GSLV-Mk III D1/GSAT-19 mission.

The rocket's main and bigger cryogenic engine has been developed by space scientists here.

The mission's success will enable India to launch four-tonne satellites on its own rocket instead of paying huge amounts of money to foreign space agencies to execute the operation.

According to Indian Space Research Organisation, GSAT-19 with a life span of 10 years is a multi-beam satellite that carries Ka and Ku band forward and return link transponders and geostationary radiation spectrometer.

The Indian space agency had flown a similar rocket without the cryogenic engine but with 3.7-tonne payload in 2014 mainly to test its structural stability while in flight and the aerodynamics.

Somanath told IANS that the inputs of the 2014 mission enabled the ISRO to reduce the rocket load by around 20 per cent.

Interestingly, GSLV-Mk III at around 43 metres is slightly shorter than Mk-II version that is around 49 metres tall.

"The new rocket may be slightly short but has more punch power," an ISRO official told IANS.

India presently has two rockets - the Polar Satellite Launch Vehicle and GSLV-Mk II - with a lift-off mass of 415 tonnes and a carrying capacity of 2.5 tonnes.