International Space Station Orbiting Outpost Is Getting an Upgrade 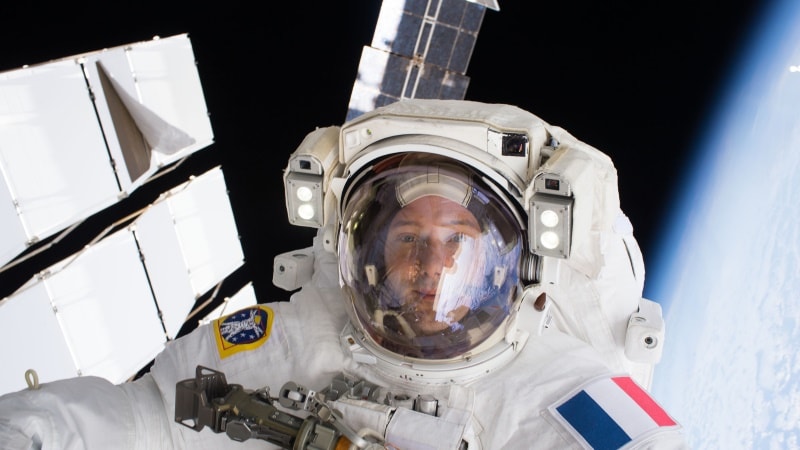 A French and an American astronaut are scheduled to float outside the International Space Station Friday for a spacewalk aimed at upgrading the orbiting outpost for the arrival of future space crews.

The spacewalk by France's Thomas Pesquet, 39, and American Shane Kimbrough, 49, will be the latest in a series of outings to install new docking ports for the next generation of commercial spacecraft.

The new crew spaceships, currently under design by SpaceX and Boeing, should begin flying astronauts to the station in the coming years, as early as 2018.

Currently, the only way the world's astronauts can reach orbit is by buying a ride aboard Russia's Soyuz capsules, at $81 million (roughly Rs. 530 crores) per seat.

The goals for Friday's spacewalk include preparing for the installation of the second of two parking spots for space taxis, known as the International Docking Adapter.

The pair of spacewalkers "will disconnect cables and electrical connections on the pressurized mating adapter (PMA-3) to prepare for its robotic move Thursday, March 30" during another spacewalk, NASA said in a statement.

The mating adapter equipment "will be moved from the port side of the Tranquility module to the space-facing side of the Harmony module."

In its new location, it will become the home for the International Docking Adapter, to be delivered on a future flight of a SpaceX Dragon cargo ship.

Other tasks include inspecting a radiator valve suspected of a small ammonia leak and replacing cameras on the Japanese segment of the outpost, the US space agency said.

The next outing on March 30 will include Kimbrough and American astronaut Peggy Whitson, making the eighth such outing of her career.

A third spacewalk on April 6 is to include Pesquet and Whitson, who will surpass the record for spacewalks by any female astronauts.

Later in April, the 57-year-old Whitson will also break the record for most number of days spent in space by an American astronaut.

The current US record of 534 days is held by astronaut Jeff Williams.

Russian cosmonaut Gennady Padalka holds the record for the most cumulative days ever in space, at 879 days over five career trips.