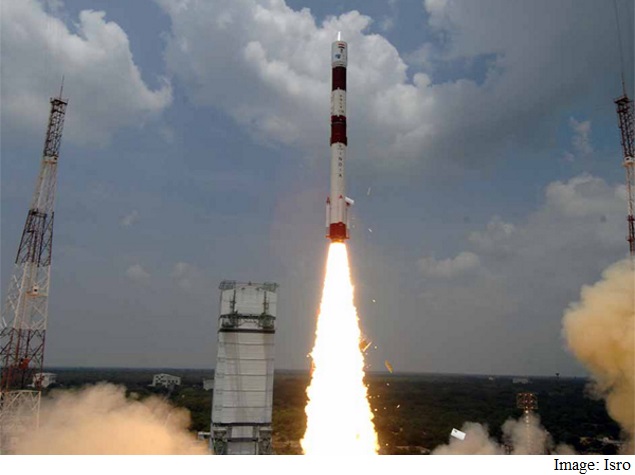 India will move closer to its own satellite navigation system with the launch of its fourth satellite tentatively slated for March 9, a senior official of the Indian space agency said on Monday.

"The launch is tentatively planned for March 9 evening around 6.35pm IST. However final green signal for the launch will be given days ahead of the satellite launch," M.Y.S. Prasad, director, Satish Dhawan Space Centre, part of Indian Space Research Organisation (Isro).

He said the satellite has been tested and mated with the rocket and the heat shield will be closed Monday.

"Full test will be done again Tuesday and the rocket will be moved to the second launch pad on March 4," Prasad said.

According to him, the space agency's Launch Authorisation Board (LAB) has to give the final nod for the rocket's flight.

The LAB meeting is slated for March 6.

The 59-hour countdown is expected to begin on March 7 morning.

After its successful launch and commissioning IRNSS-ID is expected to make India among select group of countries having its own satellite navigation system.

The satellite has a life span of around 10 years.

Currently India is knocking at the door step of an exclusive space club - navigation satellite system owing club - that has the US, Russia, China and Japan as members.

Though the full system comprises of nine satellites - seven in orbit and two on the ground as stand-by - the navigation services could be made operational with four satellites, ISRO officials had said earlier.

Each satellite costs around Rs. 150 crores and the PSLV-XL version rocket would cost around Rs. 130 crores. The seven rockets would involve an outlay of around Rs. 910 crores.

The entire IRNSS constellation of seven satellites is planned to be completed by 2015.

Once the regional navigation system is in place, India need not be dependent on others.

The IRNSS system comprises of two segments - the space and the ground. The space segment consists of seven satellites of which three will be in geostationary orbit and four in inclined geosynchronous orbit.

The ground segment consists of infrastructure for controlling, tracking and other facilities.