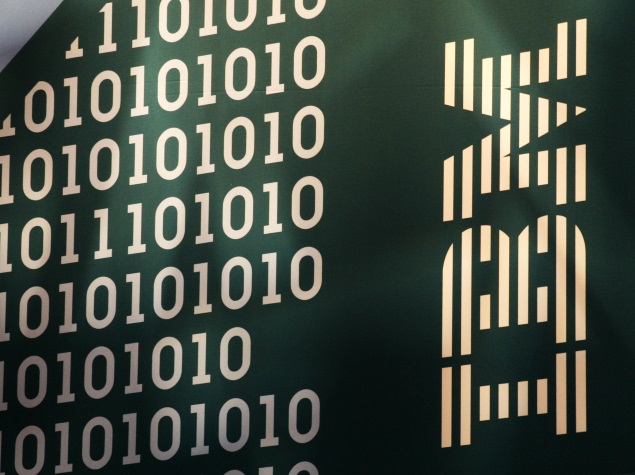 IBM announced plans Tuesday to bring its Watson supercomputer to Japan with mobile telecom group SoftBank, in a deal aimed at developing new applications for robotics and other services.

"IBM is teaching Watson to speak, and think, in Japanese, one of most difficult languages for a computer to navigate because of its reliance on the complex diagrammatical alphabet known as kanji," a statement from the two companies said.

"IBM and SoftBank will explore new ways to deliver Watson's cognitive and natural language capabilities, including through mobile, tablet, and robots."

The move marks the first time that Watson which gained notoriety for defeating a human opponent in the TV trivia show "Jeopardy," will use a non-Latin alphabet.

"The alliance with SoftBank, an industry pioneer, will bring new Watson capabilities to organizations in one of the most innovative parts of the world," said Mike Rhodin, senior vice president of IBM Watson Group.

The two firms will seek to collaborate to improve the capabilities of everything from mobile phones to robots such as Pepper, created by SoftBank and French-based Aldebaran Robotics and which is described as the first personal robot to recognize human emotions.

"While initial uses will mirror those already underway in the United States, SoftBank is expected to put Watson to work on some distinctly Japanese problems, like making robots more human for interactions in schools and hospitals," said Roger Kay, analyst with Endpoint Technologies Associates.

IBM is using the Watson supercomputer to deliver customized treatment options for cancer patients and for other medical applications and has teamed on a project to draw on Big Data to create better culinary recipes, in a few examples.