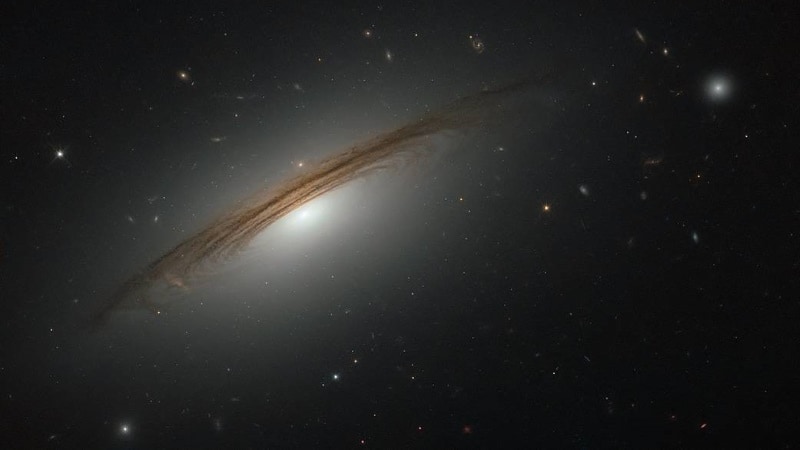 The Hubble space telescope has captured an image to showcase an incredible massive galaxy, UGC 12591, that lies just under 400 million light-years away from the Earth.

It also whirls round extremely quickly, rotating at speeds of up to 1.8 million kilometers per hour, it added. UGC 12591 sits somewhere between a lenticular and a spiral.

It lies in the westernmost region of the Pisces-Perseus Supercluster, a long chain of galaxy clusters that stretches out for hundreds of light-years ? one of the largest known structures in the cosmos.

Observations with Hubble are helping astronomers to understand the mass of UGC 12591, and to determine whether the galaxy simply formed and grew slowly over time, or whether it might have grown unusually massive by colliding and merging with another large galaxy at some point in its past, NASA said.

The Hubble Space Telescope is a collaboration between NASA and European Space Agency (ESA).